With Bloodstock just a week away, Emily Castles fires the questions at Stoke-on-Trent Metal 2 The Masses winners, Headpress – set to perform on the New Blood Stage on the Saturday.

Q: You did it! Congratulations on winning Metal 2 the Masses in Stoke-on-Trent – did you go in feeling confident?
A: Not really. In The final we were up against some amazing bands so we were pretty surprised when Simon Hall called us out as winners. Especially after watching the other bands play. You never want to think of it as a competition. We’ve been mates with the lads in Mufunta who were in the final with us, for decades now (yeah-we’re getting on a bit), we grew up in the local scene together. Sucks that we couldn’t go that next step together

Q: There were some great bands on the night including Warlock AD who bagged a slot on the Jägermeister Stage. What was your highlight of the evening?
A: Just playing on stage and see the pit going crazy to our songs. It’s the confirmation that what you’re doing hits a note with other people

Q: What was the M2TM process like, did you enjoy it?
A: We love playing live. And after the whole Covid-shit put that on the backburner for the best part of two years, it was great playing again. M2TM gigs always have a great vibe. And we’re all in this because Bloodstock is such an incredible festival and everyone wants to grab a slot, but it never feels like a competition.

Q: Tell us about your new single ‘Outlines’. (video above)
A: It’s a song we’ve had to sit on for a couple of years before properly releasing it. We’ve been planning to do the video for it for ages, but things and life gets in the way sometimes. It’s just been released on all the streaming platforms. Hope people dig it. It’s got elements we’ve tried experimenting with.

Q: What can you tell us about your forthcoming release, recorded with Sam Bloor at Lower Lane Studios?
A: We’ve got the groundworks down for a few tracks, with one completed, which will be released with a new video late Autumn/Winter as a single. The rest of the tracks need a few tweaks and we’ll be releasing the rest to complete them all as an EP in the new year.

Q: The band has been going for over 20 years, how has your sound grown and evolved during the past two decades?
A: We started off a pretty much groove-oriented death metal band. Entombed, Obituary etc. But now we’ve got Tim on the drum throne he’s brought ideas inspired from the more eclectic stuff he listens to. We’ve also slowly drifted towards having a lot more hardcore influences as well – Hatebreed/Biohazard, with multiple vocals going on, rather than just having the occasional background vox stuff

Q: Had you been fans of Bloodstock before M2TM – have you been before?
A: Yeah. Karl and myself (Mart) are massive fans of the festival. We’ve been going every year since 2007 I think, when In Flames headlined and the main stage was on the other side of the field.

Q: What sort of prep have you been doing in the lead up to the big day?
A: We asked some of our promotor-mates to get us hooked up with some gigs the weekend before. So, we’ve got The Tap’ in Nottingham, Red Lion in Mach in Wales, and The Underground in Stoke gigs booked. Stoke we’re playing with Malevolent Creation on Monday so we’re pretty chuffed Dave Buck at Bare Necessities has pulled that one out the bag for us. Nothing prepares you for playing live other than playing live. Then there’s the usual making all the gear and shit works, and the string-changes, but we keep on top of that stuff anyway. We’ve got new t-shirts printed up for the new single which we’re selling online and at gigs

Q: What can fans expect who may be seeing you at Bloodstock for the very first time?
A: Relentless and fucking heavy 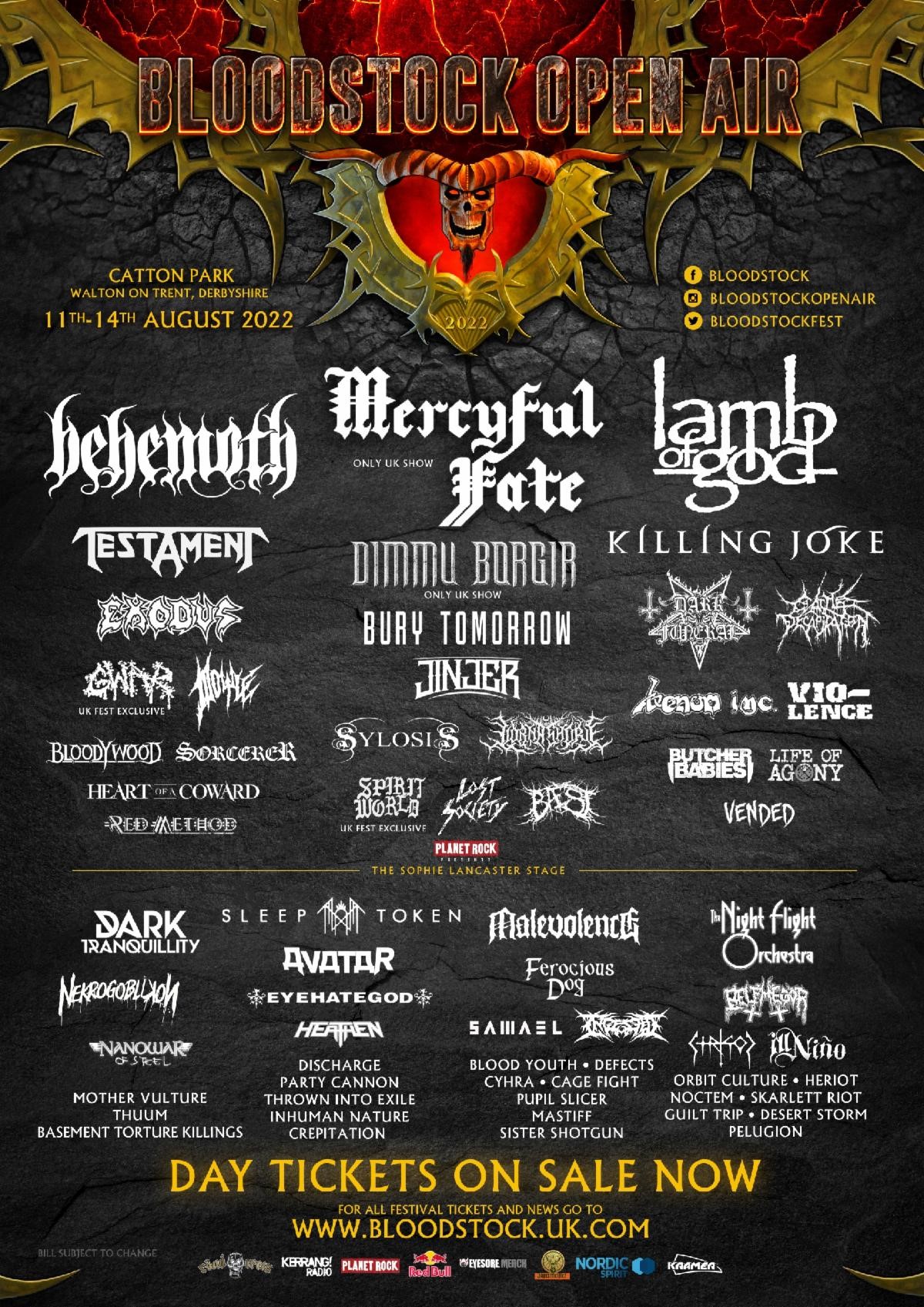