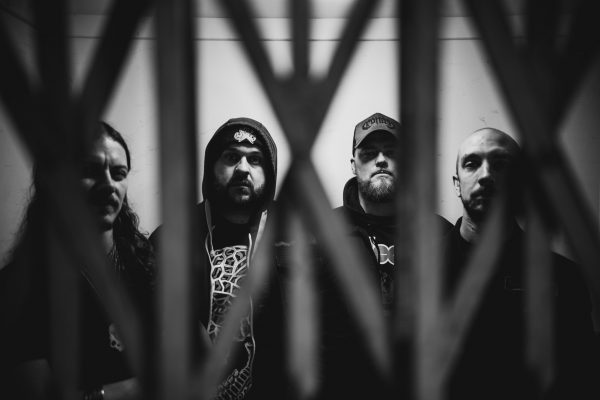 Nottingham’s Metal 2 the Masses final invariably throws up a serious performer. Standing tall on the podium this year were Widows who booked their place on the Hobgoblin New Blood Stage at Bloodstock in August with a commanding performance. Paul Castles caught up with the Stoner/Sludge quartet afterwards.

MR: Many congratulations on winning Metal 2 the Masses in Nottingham – How do you feel now about playing Bloodstock in August?
Thank you! We’re super happy to have got through the finals and come out on top, there were some great contenders there so it’s definitely an honour to be picked.

MR: How did you feel you performed on the night of the M2TM final at The Maze?
I think we had a banger to be fair, everyone kicked off and got sweaty which is what it’s all about. It was great to see The Maze full of people for the last ever metal show there too which made it all the more fun. Everyone likes a good crowd to play to.

MR: Had you been hopeful or confident going into the final?
I’d say we were quietly confident, haha

MR: What did you think of the overall standard on the night?
Yeah all bands brought their A Game that night, there was definitely a couple that made me think we’d be in for a run for our money though. Nottingham has always had a high calibre of local bands doing good things on their respective scenes and this year’s run of events was definitely a smorgasbord of the Notts heavy scene.

MR: What do you think of the whole M2TM structure and qualifying rounds that ultimately lead all the way through to a date at Bloodstock?
It all seems pretty well put together and well managed. It must be a hell of a task organising that many bands across that many shows and having to choose between all of them so a hat tip is due in their direction, certainly.

MR: Widows have been going about 10 years – have you entered M2TM before?
We did enter back in 2015 but unfortunately we didn’t make it all the way through.

MR: Is Bloodstock a festival you know well – Have you been as fans?
We’ve all been at some point, some more than others, but it’s a great place; good layout, stuff not too far apart so you don’t feel like you’re walking for days to get places, line ups are always on point, and the sound was great for all the bands I saw too.

MR: Do you see Bloodstock as a platform to take Widows up the ladder a notch or two?
Yeah man, those Ferraris, limos and private jets are just weeks away now! I can feel it, haha. It’s definitely a great opportunity to get our music out to new folks we might not have reached otherwise, and make some new fans and contacts in the process.

MR: Have you had a look at this year’s Bloodstock line-up, anyone in particular you’ll be hoping to catch?
There’s a ton of good stuff on this year but for me I reckon (in no particular order) Raging Speedhorn, Witch Tripper, Bong Cauldron, Boss Keloid, and Barbarian Hermit are my picks for the weekend. I will of course have my lighter in the air when Scorpions play ‘Winds of Change’, they’d better play ‘Winds of Change’!! 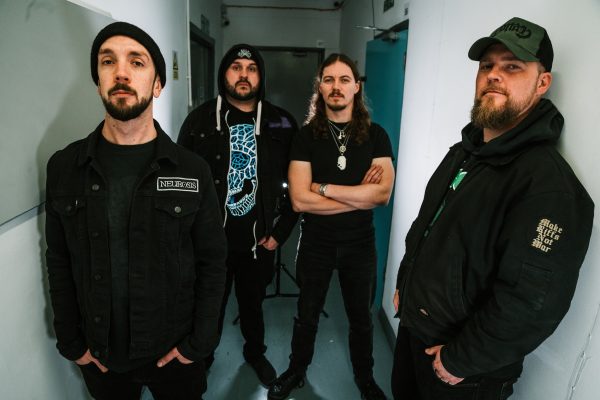 MR: How did things go when you played at Fogfest at the Black Heart in London earlier this month?
That was a fun gig, we love going down to play London, the Black Heart is always packed out and rowdy too. We had a bit of a ‘mare last time we played there so it was good to be able to come back and redeem ourselves. The guys at FogFest put on an absolutely stonking line up too and it was good to be part of that.

MR: Any immediate recording plans?
Not for the time being. We’re currently concentrating on getting our show tight and expanding the set list to take in a bit more of the older stuff, but we are writing a few new tracks as we go so hopefully we’ll have something to show you soon enough.

MR: After Bloodstock you’re playing Riff Fest in Manchester in August and Rock the Foundry in Newcastle in October – Do you know much about these mini festivals?
Riff Fest yes, we’re long time Riff Fest veterans, I think we’ve played all but two of them since its inception. Although this is the first year it’s in Manchester, it ran for years at the Alma in Bolton and we always had a blast. We love Rebellion (the new Riff Fest venue) in Manchester too so it’s guaranteed gonna be fun on a bun! We’ve not done Rock the Foundry before, in fact this will be our first trip up to Newcastle but I’ve heard nothing but good things about the venue, Trillians, plus it’s the last night of our weekend tour with Barbarian Hermit and Drudge so it promises to be a good one all round.

MR: What can fans expect who may be seeing you at Bloodstock for the very first time? You’re gonna get smacked in the face with a sack full of riffs. Loud ones. Oh, and there’ll be plenty of cowbell for everyone too! Bring your best riff face. 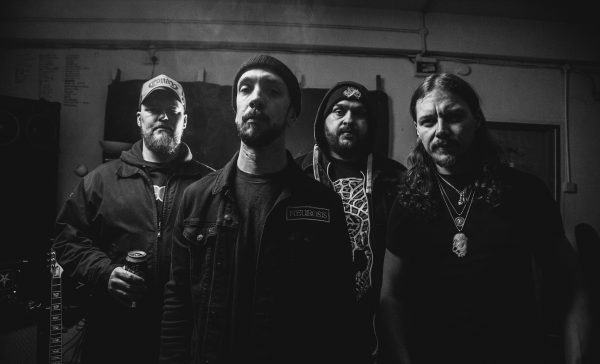