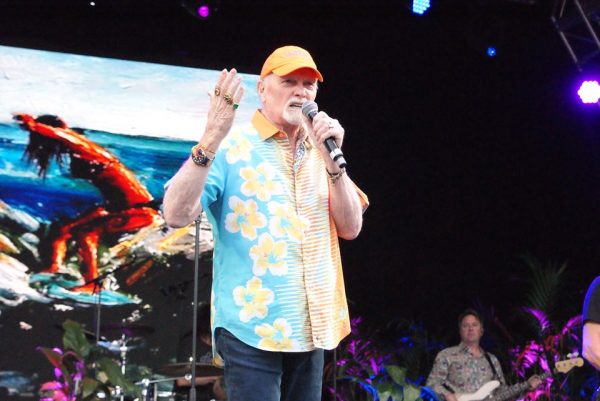 The most quintessentially English music festival Cornbury takes place in the grounds of the Tew Park estate in sleepy rural Oxfordshire. Family friendly it’s eclectic bill means even the most picky music fan will find something of interest. Below are a few of the bands who rocked my socks off:

The former voice of Britpop legends Supergrass Gaz Combes has, along with his band, a sound that’s tailor made for a sunny afternoon. There’s a nice tension of opposites to his music between loud and quiet passages and the addition of three female backing vocalists provide a nice foil to Gaz’s voice. Largely shunning songs from his previous incarnation the new track debuted (‘Salamander’) proves this a wise decision. The introduction of some saxophone is always a good idea as ‘Wounded Egos’ from latest record World’s Strongest Man is a definite highlight. 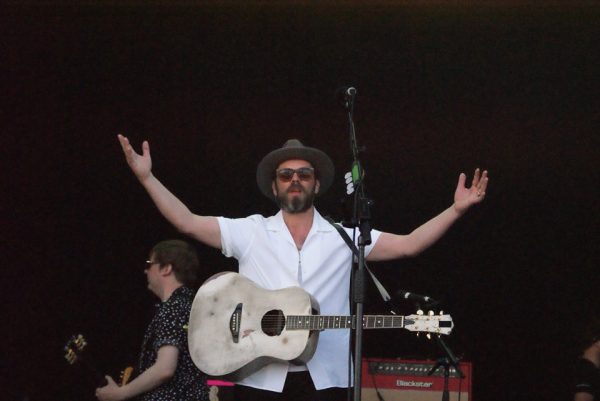 Taking to the Main stage with a confident swagger Echo and the Bunnymen are greeted with rapturous applause and launch into ‘Rescue’. Vocalist Ian McCulloch, part Lou Reed, part Jim Morrison, has lost none of his ice cool nonchalance and delivers lyrics in a manner which turns each word into a statement. Ever present at his side is incendiary guitarist Will Sergeant whose playing is often understated but each note is vital and to the point. The classics keep coming as ‘Bring on the Dancing Horses’, ‘The Cutter’ and a soulful ‘Lips Like Sugar’ follow in quick succession. To tease the audience we also get a few verses of ‘Roadhouse Blues’ and ‘Walk on the Wild Side’ and, as a perfect swansong, the title track from their 1984 masterpiece Ocean Rain. 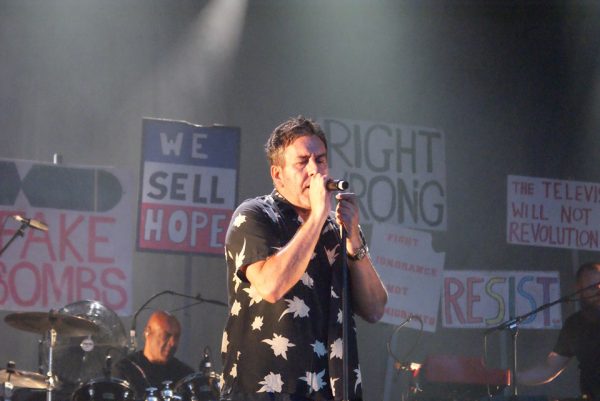 The Specials have a stage set that’s an array of political placards and, since their inception four decades ago, it’s a pertinent reminder of how much yet so little has changed. However it does mean their songs remain vital and relevant and an air of expectation hangs heavy as we wait for the band. Guitarist Lynval Golding, one of three original members (along with Vocalist Terry Hall and bassist Horace Panter), is on stage first and howls “Warning! Warning! Nuclear Attack!” to introduce first song ‘Man at C&A’. Despite the threat of nuclear armageddon no one’s leaving as the crowd go suitably wild and another two from their debut album follow in the shape of ‘Rat Race’ and ‘Nite Klub’. Nowadays we take for granted the fusion of musical genres but The Specials blending Jamaican ska with British punk was truly revolutionary and it’s indicative of the variety in their set. We get a cover of Fun Boy Three’s ‘The Lunatics’ plus a re-imagining of Prince Buster’s ’10 Commandments’ (featuring the righteous voice of Saffiyah Khan). Nobody’s leaving disappointed as we’re also treated to a career spanning set from ‘Gangsters’ to ‘Ghost Town’. A fitting finale to Friday night. 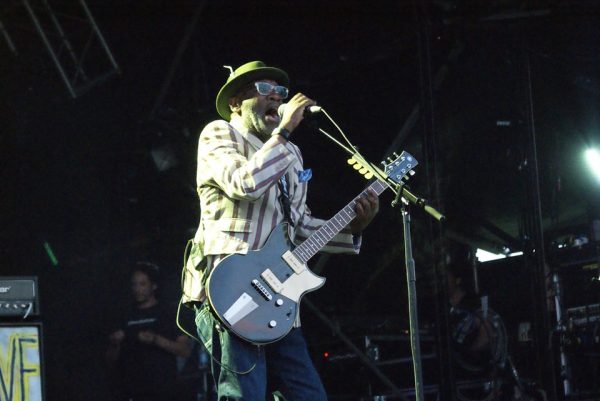 Something of an English supergroup The Trevor Horn Band feature an array of musical heavyweights including Alan Clark (Dire Straits) and, as their name suggests, one Trevor Horn. Trevor’s impact on popular culture cannot be overstated from the new wave pop of Buggles to the synthesised sounds of Propaganda to the prog of Yes I doubt there’s a life that hasn’t been touched by his musical magic. For a band who spend most of their time in various studios they play live extremely well and, as you’d expect from such a set of seasoned musicians, we get near perfect renditions of tracks spanning Trevor’s career. ‘Owner of a Lonely Heart’ is particularly well received and garners the biggest cheer of the weekend before a lively version of Frankie Goes to Hollywood’s ‘Relax’ caps an impressive set.

Taking to the stage with an energy and enthusiasm that belies their years The Beach Boys have the kind of sound that’s built for just about everybody as evidenced by the wide demographic they draw. Their surf tinged rock n’ roll travels well and doesn’t seem out of place amongst the rolling hills of Tew Park. ‘Do it Again’ opens proceedings quickly followed by ‘Surfin’ Safari’ and a nice cover of ‘California Sun’. As you’d expect from such an experienced band it’s a well paced set that sandwiches ‘Don’t Worry Baby’ between the more rockier ‘Surfin’ USA’ and ‘Little Deuce Coupe’. While many bands of a similar vintage fill their set with solos as a way of taking a crafty breather The Beach Boys stay of stage and deliver a master class in rock n’ roll. Imagine continually dropping quarters into the worlds coolest jukebox the resulting sound would be akin to tonight’s set as the band mine a rich seam: ‘The I Kissed Her’, ‘Dance, Dance, Dance’ and ‘California Girls’ ensure all but the elderly and infirm are up and grooving.

English folk legends Steeleye Span close the festival and I’d say they’re the best band for the occasion. Now celebrating their 50th anniversary they’re a band I feel never get the credit for the contribution they’ve made to the development of rock music. In the live environment they become infinitely heavier and it’s here that their influence becomes apparent. Fusing English folk with blues was later used as a template by Led Zeppelin but while proto-metal leaned more towards the blues Steeleye Span turned towards folk and while fame and fortune may have evaded them it’s allowed for a long career (with a brief hiatus) with consistently good albums of which Est’d 1969 is the latest. It’s from that record that much of tonight’s set is culled with ‘Harvest’ in particular packing a punch. ‘The Boy & The Mantle’ has an almost nursery rhyme feel yet it’s antiquated nature also seems relevant today. Of course vocalist Maddy Prior needs no introduction and her voice coupled with a six piece band conspire to make an early English folk sound that’s embracing modernity. At the end of their set, as the final chords are drowned by the cheers I can’t think of a better way to close a festival.