Combichrist is an interesting band to be a fan of.  On the one hand, Andy LaPlegua could be just about one of the nicest people in music – always making time for fans, engaging with them on social media, and generally being all-around awesome.  As front-man of Icon of Coil, he’s a ridiculously engaging performer – when I saw them, it was just about the best post-apocalyptic rave I’d ever been to, and everyone from the original rave survivors through to the heavily-made-up and be-leathered goth-industrial crowd were all unified in having just about the best party ever.

And yet, as a band, Combichrist is all about musical aggression and lyrics spewing vitriol and anger, and a full-on frontal rhythmic assault on your sensibilities.  It’s such an odd dichotomy, and can be as jarring as some of the music on offer from the band.  This album is a perfect case in point, being something of a blending of the last 16 years or so of Combichrist’s previous eight albums that bounces from the ultra-forceful and in-your-face of ‘Hate Like Me’ through to the combination of sea-shanty and folky-goth that ‘Bottle of Pain’ throws at you half way through the album.

If you’re not familiar with the band’s usual stylings, this album is arguably a great way to get a quick feel for how they’ve progressed over the years.  With Burton C. Bell as a guest on track ‘Broken United’ we get something that hearkens right back to the early percussive aggrotech of the early 2000s, for example, whereas ‘Lobotomy’ is far more like the EBM stylings that arguably have more to do with his Icon of Coil days, and ‘2045’ is a sample-heavy throwback.  Throwing in a cover of ‘California Uber Alles’ just for laughs, too, the album cheerfully (if that’s the right word) bounces between styles and vibes with an utter disregard for what came before – much like Combichrist’s career as a whole, if truth be told.

The thing I’ve always liked the most with Combichrist is that they’ve never stagnated as a unit – every album has pushed something, or changed something, and this is no different. Yes, the elements that make them recognisable are all there – the screamed vocal lines, the thundering percussion that took two live drummers to deliver when I saw them supporting Rammstein a few years ago, the trademark downbeat vocals – but once again, the delivery is new and vibrant and still very much alive.  It’s glorious to see a band that, even after nearly two decades, isn’t sitting still or resting on their previous accomplishments and albums.

All of that, though, would mean nothing if the album wasn’t up to scratch – and, quite honestly, if hard and heavy industrial is your thing then you’ll love it.  No, they’ll never be instantly accessible, and I guarantee several people will likely recoil in horror if you play it for them – but, let’s be honest: that’s half the fun anyway.  It’s a great blend of all the things that we’ve loved about Combichrist over the years, and it’s a vibrant, kick-ass album that definitely deserves a listen, even if it’s not your usual cup of tea. 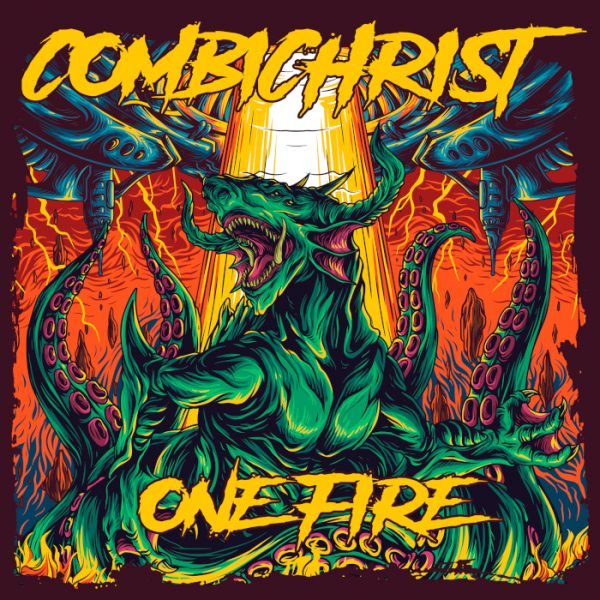