Created to release dark music in total freedom and without compromise, French underground label Cold Dark Matter Records produce records in small quantities and limited editions so if you count yourself amongst the few that enjoy experimental sounds, you might want to take a peek at their website, give them a listen over at Bandcamp, or do whatever you do on Facebook.

First up on the first CD is Art 238 (Facebook; Bandcamp), a band with a penchant for death, grind, black and industrial atmospherics. At seven minutes, ‘Contaminated Area: New Era’ is a colossal and unrelenting beast that exhales a long, dark breath before all manner of industrial deformity is discharged. Whether dragged low or supercharged, the tempo shifts are seamless, the riffs no less effective, and the grooves grinding. Impressive stuff. 7.5 out of 10

A trombone? Really? Okay. Not what’s expected. It appears that Bagarre Generale (Facebook; Bandcamp) don’t know the rules. Or if they do, they don’t like ‘em. Good. Because never has such a farty instrument sounded so intriguing, particularly when mashed into the dark and cold atmospherics of 2011’s ‘Afrocalypse’. 7 out of 10

In space, no one can hear you scream. Why? Because space-smashing doom supernauts Haxo (Facebook; Blogspot) are hammering out the cosmic vibes and supping on the stars. And if the appropriately titled ‘Schwarzschild Wormholes’ is anything to go by, heavy on the fuzz and fuzzy in the head, we’d best set the controls for the heart of the sun because come the Sabbath, we are breaking on through! 7.5 out of 10

Hendiadys (Bandcamp), the collaborative project of Jean-Baptiste Lévêque and Benjamin Moreau (both of Fange, also on the label), mixes drone, noise, and ambient soundscapes to create beautifully balanced atmospherics. A very slow burner, like the two Oro works of Uffomamut, this track holds on to a delicate melody through which the duo tease out all kinds of psychedelic subtleties. 7 out of 10

The last track recorded by In The Final Analysis (who changed their name to Love Sex Machine in 2009), crushing and crashing its way through monolithic chords and sledgehammer drums, ‘Antilope’ is an exquisite doom nightmare. 7 out of 10

Eighties hypnotic trance. Hmmm. While Jessica 93’s ‘Artiste Inconnu’ (website; Bandcamp) to some may feel like an anomaly on this compilation, it has to be said that behind the processed drums and its plastic production, there’s a compelling track that brings that bygone age into the twenty first century fairly successfully. Not to my taste but still a good piece of work. 6 out of 10

Cold, clinical industrial metal band Kill The Thrill (website) are not a happy bunch. A desperate vocal, dissonant guitars, discordant sounds, and funereal drums, melancholy and despair are brought together in a chilling live performance from 2013 of ‘An Indefinite Direction’. Weaving a curious and compelling web between the bleak and barren, this is captivating. 7 out of 10

Meaning ‘the place where they fall’, the track from Treha Sektori (Facebook) that closes the first CD – ‘Berhn Enh Seh Erha’ – is the sound of nowhere, of emptiness, of the breaks between breaths. With the occasional ominous thud echoing in the ether, this is a haunting piece, one that lingers long and one that resonates deeply. 8 out of 10

Power trio Abjvration (Facebook) deal in down-tuned death metal dirt. Dragging the tempo down and cranking the distortion and the filth up, ‘The Accursed Rebirth’ is an ominously heavy piece of work. Monstrous vocals, crashing cymbals, hammer-smashed drumming, and cutting and crushing riffs, the atmosphere is heavier than lead. With their first release coming soon, this is a band to keep an eye on. 8 out of 10

If you thought Spinal Tap had the monopoly on using three bass guitars at once, think again. From the Netherlands, Bitcho (Facebook; Blogspot; Bandcamp) augment this treble-less trinity with esoteric electronica, down-tempo grooves, and a vocal drenched in yearning to make for a haunting and hypnotic listen. A slow moving band, with only a split released in 2013 since their first full length, 2009’s Toybox, apparently Bitcho are working on their next album. If ‘Expectations’ is anything to go by, it’ll be well worth waiting for. 8 out of 10

Reverence (Facebook) have been at it since 1998 so it pretty much goes without saying that ‘The End Of Beginning’ is better than good. When black metal meets industrial it can get scary. But usually it’s the bad scary that we’re faced with. Not with Reverence. An atmospheric and melodic first half and an up-tempo, raging second half brimming with off-colour chords, ritualistic chants, and a dark sense of foreboding hanging over the track, Reverence again prove themselves masters of the dark arts. 8 out of 10

And that leaves us to finish off proceedings with ‘St’, a half hour piece by V.I.O.L. Epic is structure and crushing in its weight, this mammoth track plots a journey through a nightmarish landscape of colossal riffs, tortured vocals, darkly atmospheric passages. Worth the asking price of this compilation alone, this is a melting pot of abhorrent sounds and textures. Hopefully V.I.O.L. will be releasing more music soon, but there’s plenty here to digest first. 9 out of 10

On this compilation, the tracks are sequenced as if this is the release of one band rather than many and so has a unity and a cohesiveness to it that compilations are usually missing. With a number of bands here that should be getting more attention, this is a well-thought out compilation and one that is worth returning to time and again and, unlike so many, listening to from start to finish. Highly recommended. 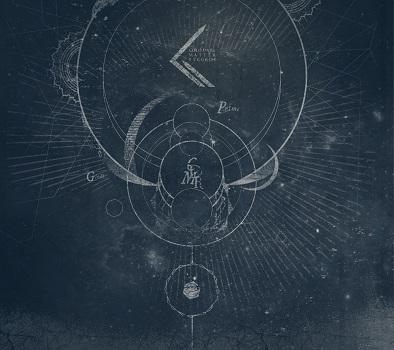