After two somewhat thumping EP’s, Wisconsin stoner trio Cold Black River are ready. The album is upon us. Will it live up to expectation? Will it be the whisky and riff soaked beast we hoped it would be?

We open to weirdness – static crackle, a bad radio signal from…somewhere bad. Someone is repeating numbers in a random order. An ominous bassline appears and morphs into a Sabbath-like intro. Or is it an intro? We’re almost halfway in and no actual song has appeared. It is, however, getting heavier, sludgier.

And then, boom, we’re into ‘Keep Rollin’. And yes, it’s the beast we were hoping for – a mega riff monster, getting steadily, incrementally, heavier. The solo is roaring psychedelia and bassist/vocalist Eric Cobb sets the scene in his deep, lazy, Southern drawl – “I’m darker than anti-matter”. Really, these first 3 tracks could, and should, have been one epic three-part prog/sludge thang. More of this later.

But, in the meantime, there are more songs. Heavy songs. ‘Among The Stars’ nods out several times, it’s powerful, stoned blues riff alternately chilling out and thundering back to life. It’s all an exercise in heavy. It’s redneck Sabbath – leaning on a bar, tipping its baseball cap back and giving you the eye…don’t fuck with it. Songs exist in a time vacuum, seemingly lumbering on for days – riffs come and go, gaining in density. It’s the tolling of a heavily amplified bell.

And then we come to the final three tracks which, again, merge into one 18 minute whacked out behemoth. ‘Anywhere You Wanna’ is a tarpit of noise, dragging you down with it’s downtuned quicksand solos, full of trippy backwards guitar. Cobb roars about a landslide while the band play its aural equivalent. And then…we’re back to the static, the numbers. The signal fades and reappears. Its insistence becomes sinister. Otherworldly voices and noises float past you. Just as you begin to get majorly creeped out, the sludge returns with the utterly bonkers ‘Androids Entrance’ – Massive riffing reigns, there are alternate chants of “these aren’t the droids you’re looking for” and “motherfucker”. There’s even a decent Obi Wan impression in there amongst the pyramid crumbling guitarage before we crash into a big, I mean big finish. Genius. Batshit. It’s a stoner/ sci-fi geek masterwork.

So, a stoner prog album, disguised as a normal stoner album. Or is it? Who knows, but I do know that this is worth an hour of any sludge fans time. Let’s just hope the guy lost out there, in the static, gets back home…wherever that may be. 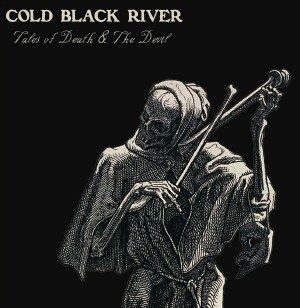