CJ at his very best…

Clucked at by Allan Jones

For those of you who completely missed the Brit-Rock era of the 90’s, CJ Wildheart was one of the eponymous members of The Wildhearts, as well as making appearances over the years in Honeycrack, The Jellys and Tattooed Love Boys.  His first solo album was released back in 2007 under the moniker of CJ & the Satellites, but in 2014 he reverted to CJ Wildheart and used pledgemusic to find his Mable solo album – apparently named after his favourite chicken.  His. Favourite.  Chicken.

Two years later, he returned once more to pledgemusic to fund his new album, and with ‘Robot’ he utterly belted it out of the park.  Not bad for a guy who was told by his doctor that he might have to give up due to fused tendons from playing the guitar slung way down low.  It might look cool, kids, but RSI and a lump the size of a golf ball does you no favours.

If you’re at all familiar with his back catalogue, you’ll know exactly what’s in store: sugary sweet harmonies, chunky guitar riffs, and snarky-but-personal lyrics tying everything together.  That can’t even come close to doing this album justice, though – it’s brilliant.  It’s a distillation of all of CJ’s experience in blending heavy-ass rock riffage with punk attitude and pop accessibility. Laden with both musical and lyrical hooks, this is an album that just won’t let you go from start to finish.  Honestly, it’s like the guy has some sort of magical song dispenser that only knows how to turn out solid gold songs.

It sounds pretty much exactly like you’d hope an album from someone with his back catalogue would sound: the gorgeous harmonies of Honeycrack, the bounce factor of the Jellys, the agression and heaviness of The Wildhearts… But no, that’s not fair.  In the past, we’ve only really heard his contributions as part of a band, pulled back and filtered through the people he plays with – but now we can get the full CJ effect in one big, glorious hit.  I can’t even pick out a favourite track, because they’re all so damned good.

This is melody, structure, and utterly monstrous guitar.  This is perfect pop-rock craftsmanship.  This is undoubtedly one of the best albums of this year. Most importantly, though, this is distilled, concentrated CJ at his very best. 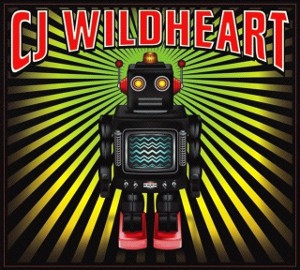