A reissue from the Midlands of the mid-70s…

Wow, 1975? That’s cranking back the zoetrope a bit. To a time when many successful UK rock bands tottered on stack heels, desperately embracing Glam’s colourful camouflage, and others survived by clinging on to the soft white underbelly of sixties pop. Midlands’ band, City Boy, fell somewhere in between. Lemon Records, a specialist reissue wing of Cherry Red Records have now re-released four of the band’s albums in two double disc packages. This one is the debut, City Boy (1975) plus Dinner At The Ritz (1977). These albums launched the careers of guitarist/songwriter, Mike Slamer, and uber AOR Producer, Mutt Lange.

In the beginning, City Boy had been an all-acoustic band. You can hear the last remaining echoes of that previous life on opening track, ‘Moonlight, Shake My Head And Leave’, before the guitars crank up into electric action. The sixties resonate loudly all the way through City Boy, the album, a joyful, durable sound that is captured delightfully on the jittery pop of ‘Deadly Delicious’, a sweet song that meets up with the swaying, cerebral surf pop of the Wondermints half way through. And on ‘The Hap Ki Do Kid’, which sounds like it was lovingly assembled from cannibalised Badfinger albums and Klaatu leftovers.

With three lead vocalists, the harmonies are powerful and potent. Mutt Lange is still finding his way, modelling the vocal parts and much of the music on tried and tested tropes. You can hear American Westcoast harmony bands, like CS&N, Steely Dan, and even Love on the bonus track, ‘Haymaking Time’. But always, there’s an English reserve, a holding back, except for a couple of songs, in particular, ‘5000 Years’. Tracks of 8-minutes-plus duration were normally the preserve of progrock bands, (although they often seemed longer). Here, City Boy aim for something epic. Lange beefs up the guitar sound and adds intensity to the vocals. Around the 5-minute mark the band break out of the pop straitjacket and turn into a (moderately) hard rock band. It should have been a watershed moment, but had to be content with showing an ambition with which they were never credited.

An amazing five bonus tracks, rescued from a BBC In Concert Radio gig, appear on this first disc. For 1975, the sonics are marvellous, good dynamics, good separation, good stuff. Listening to the humorous ‘Doctor, Doctor’, a faux trippy, pulsing soft pop song with a hard, crystalline centre, you’d conclude that it was entrepreneurial start-up for the Scissor Sisters.

Hearing the music from Dinner At The Ritz is witnessing Lange and the band hitting their stride. It’s more expansive, confident, the writing is increasingly focused and the performances are punchier, edging into bombast, yet avoiding any excess baggage. Slamer’s guitar-work is deft, elegant, defining, and Lange’s craftsmanship maps out a clear route from intro to verse to chorus for each and every song.

The exotic 7- and 8-minute ambitions of the debut are replaced with compact, tight-fitting slices of pop maturity, bursting into life with opener, ‘Momma’s Boy’, a grown up pop song with a more ambitious layering of vocals and rhythms. The sophisticated harmonies of ‘Narcissus’ might remind you of T Ride’s marvellous, minor chord noir. And the title track’s mannered, theatrical pop artistry works perfectly, thanks to Lange’s light footed, softly spoken arrangement and orchestration.

Like so many seventies’ rock albums, it burns brightly but briefly. At 39 minutes it doesn’t overstay its welcome, closing out with the adventurous, ‘State Secrets – A Thriller’, a trilogy of sharp, tuneful, two minute poprock soundbites of tumbling intensity. An apposite end to an album that should have meant much more. 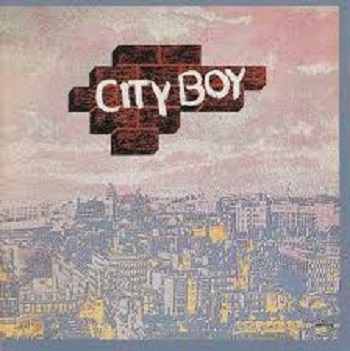