What an unexpected treat, the Chuck Berry estate and Dualtone Records gifting us this lovely, warm Chuck Berry live album just in time for Christmas. So, let’s pop on a paper crown, grab a cracker and jump on in.

First, a bit of background. This album was recorded between July 2005 and January 2006 in The Duck Room at the Blueberry Hill restaurant in Berry’s hometown of St.Louis. The Duck Room was a converted basement, virtually created for Berry by the restaurant owner, Joe Edwards. Berry wanted a hometown venue where he could play a long standing residency and The Duck Room became just that. He played 209 shows there over 17 years and it was apparently THE place to see him play. Holding just 300 people, it became a rock ‘n roll mecca – Lemmy and Dave Grohl among others were known to have made the pilgrimage to pay their respects.

So, plus point one – Berry was in a room he was comfortable in. Chuck Berry performances over the years have been notoriously hit and miss affairs. Having been burned and ripped off constantly in the early years, Berry developed a hard shell, famously turning up at the alloted venue where a backing band would be provided for him and his fee would be handed over backstage before the show began. Backing bands could range from competent to dire (with the occasional exception – a then unknown Springsteen and his E Street Band famously served as his backing band for one show). The man himself became notorious for phoning his performances in, one eye always on the money and the exit.

However, Blueberry Hill was different. He had his ‘Blueberry Hill Band’. A regular band. His longest running band – hand-picked and including at least two of his children. They were well rehearsed, a well-oiled machine. And it’s this band that takes to the stage and launches into the classic intro to ‘Roll Over Beethoven’. It’s taken at a steady, sedate pace, but hey, Chuck was pushing 80 at the time and fear not, he still sounds sharp and, most importantly, engaged. The overall sound is nice and loose, almost Stonesy. The sound is very live, certainly not uber produced. Instruments drift in and out of the spotlight, it’s kinda good quality bootleg, erm, quality.

And we’re off, the concert is short but very sweet, clocking in at around the 30 minute mark but, as we’ve already mentioned, Chucky was 80ish. All the hits are here, the band blasting through ‘Rock And Roll Music’ while harmonica joins the fray for ‘Let It Rock’ as the band head into a lovely groove. Berry sounds genuinely happy during a joyous mash up of ‘Carol’ and ‘Little Queenie’ – who knows, maybe he finally relaxed in his Autumn years.

And on it goes. Loose becomes a fairly generous adjective. An Elmore James riff leads us into the autobiographical ‘Bio’ while we venture into the blues proper with a lovely take on ‘Mean Old World’. We finish with the obvious, iconic, ‘Johnny B Goode’ – it’s ragged, raw, the very essence of rock and fucking roll which, when you think about it, is the man himself. So relax, pour a large one and enjoy, it’s the motherlode, played with warmth and fire. It don’t get much better than this.

Released on 17 December 2021 by Dualtone Records 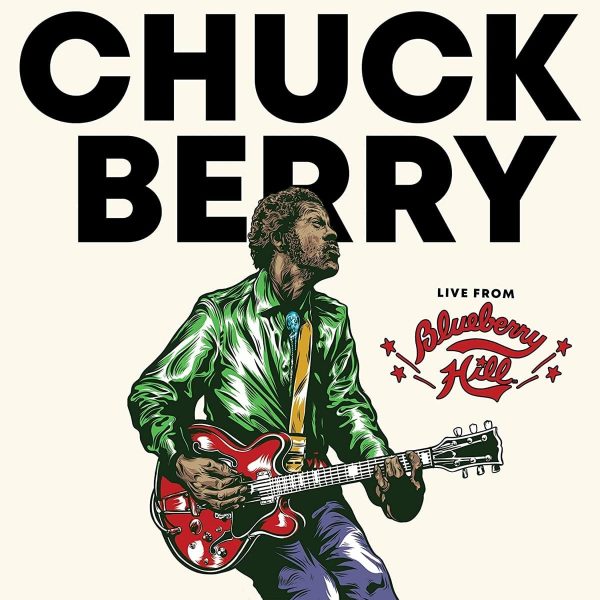