Charlotte Carpenter is the perfect embodiment of independence, in charge of her own destiny and acclaimed by Total Guitar, Best Fit, NME, Clash and Classic Rock along side BBC Introducing, 2 & 6 Music. With a growing number of EP’s and singles under her wing and alongside heavy touring with the likes of Marika Hackman, George Ezra, Hunter Hayes, Get Cape. Wear Cape. Fly, Charlotte brought herself to the forefront of alternative singer/songwriter’s. “Shelter” and “Fire” turned the ears of Total Guitar Magazine, claiming her as a “Guitarist To Watch for 2017”. Fire caught the attention of Sky TV and picked up the ad for crime drama ‘Shades of Blue’ starring J-Lo. Single releases “Babywoman”, “Turn Away” and “Blood Ties Pt.2” were heavily championed by BBC 6 Music and Tom
Robinson across 2018 and scored Charlotte a place at Latitude Festival 2019 for BBC Introducing. 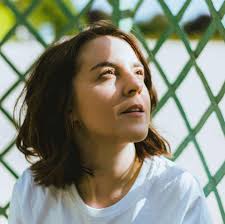 Charlotte also opens up the main stage at Mosley Folk Festival this summer and heads out on a self booked 9 date European Tour in September, before joining Ralph Pelleymounter (To Kill A King frontman) on a 7 date UK run across October.
Newest single “Follow You Down” is released July 26th via Babywoman Records (her own label) and after Charlotte’s Latitude debut for BBC Introducing. 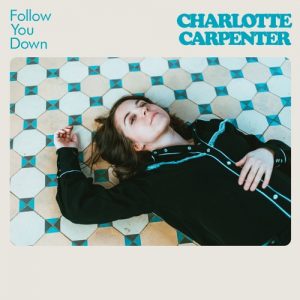 In Charlotte’s own words;
“‘Follow You Down’ is nothing like I’ve ever written; it breaks my heart and uplifts me at the same time. It’s written for my Nan and Grandad, whose remarkable commitment to each other over the last year will stay with me for the rest of my life. They took every step together but he couldn’t take her last alongside her. She was more than a Grandmother figure, and losing her uncovered a new layer to my songwriting. I wanted to embody how much light she brought into my life”

Midlands Rocks has had “Follow You Down” on repeat for a week or so and the emotion that Charlotte has conveyed with her songwriting is remarkable. The song offers a beautiful tribute to her Grandparents, both bittersweet and sentimental yet also conveying the inspiration that she took from them. A song of true warmth.

Charlotte’s live dates are below: