I’m not sure The Midlands Rocks has ever reviewed a Chilean band before, so Chaos Magic’s third album is one to break new ground, perhaps. Chaos Magic feature singer Caterina Nix, who had been in bands in Chile before being spotted by former Stratovarius man Timo Tolkki, who was touring in South America, and asked her to appear on his one of his Avalon albums, and then wrote and produced Chaos Magic’s debut, self-titled album. That had a distinct electronic and symphonic sound, but since Caterina teamed up with fellow Chilean musician Nasson, and they started writing and producing themselves, there’s been a more straightforward melodic metal sound, with strong references to a more European symphonic rock style.

Emerge is the band’s third album, and very much continues in the vein of their previous one, although seeing the words ‘A project by Serafino Perugino’ does make you wonder if this isn’t so much a band’s album, as yet another of Frontiers’ constant teaming of singers with songwriters, trying to find something that will stick, this one being designed appeal to fans of Delain, Epica and early Within Temptation, and the song ‘When If Not Today’ is a perfect example of this. Although, interestingly Caterina Nix’s voice is pitched a little higher than some might be used to from this genre, somewhere between Kate Bush and Sharon den Adel, occasionally going into a proper soprano style, as the band add classical touches similar to Royal Hunt. It’s an interesting mix, but it’s not something that’s all that original. A song like ‘The Impossible’, with its abrupt ending is more complicated, which shows the band aren’t always shy of playing with the form, as does ‘Garden of Winter’, with its entertainingly creepy, Gothic piano opening, before hitting a more conventional symphonic metal chorus. There’s plenty of good stuff like this on the album, and even when they’re staying in the ‘symphonic metal’ lane, they can pull out a song as good as ‘Beneath Your Skin’, which has a huge riff, and a great chorus.

The band also aren’t averse to bringing in extra voices, like Leaves Eyes’ Elina Siirala who sings on ‘Garden of Winter’, although this isn’t one of the better songs on the album. Nasson also contributes some vocals particularly on ‘Victims of Heaven’, where he sounds a lot like Hardline’s Johnny Gioeli. There’s definitely some good writing on the album, songs like ‘The Impossible’ and ‘Beyond the Silence’ have real quality, ‘Victims of Heaven’ has a great chorus and ‘In the Depth of Night’, with another good chorus, is one of the best tracks on the album. I’m not sure about a song like ‘Days of Lions’, though, which is a bit reminiscent of Delain but doesn’t really convince.

It takes a couple of plays to really get into this album, which might be a problem in itself. This particular genre has often become really crowded, especially with bands from mainland Europe and Scandanavia, and when a band emerges from what I guess is called a ‘new market’, such as Chile, you might have hoped they’d bring something slightly different to the table to make more of an immediate impact. But while this a good symphonic metal record, there’s not much to threaten the real giants of the genre, it doesn’t have the epic ambition of Nightwish, the quality of song writing of Within Temptation or the orchestral sweep of Epica. Émerge is a decent album, but it needs something more to get them to the head of the pack. 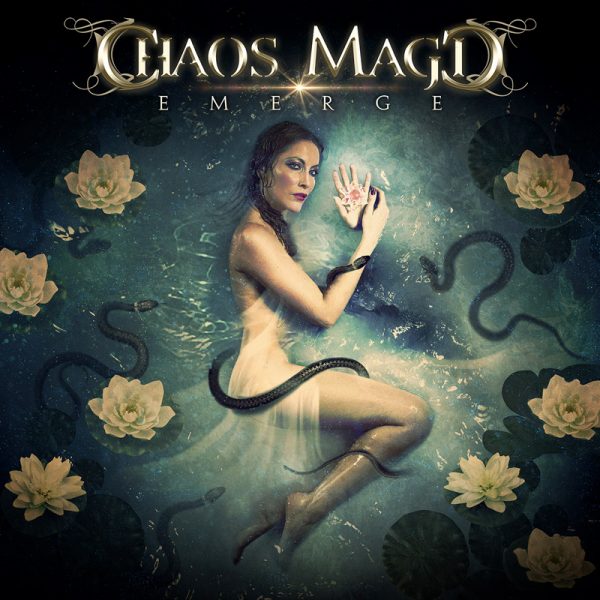