What is it about Finnish bands these days that make them so bloody good at writing stoner metal tunes? As Centipede exhibit, seemingly the majority of Finland are gearing themselves up all in black and forming seriously kick-ass songs to blast your tits off with. Sarnath, the band’s newest release since, Brazen Bull, is definitely a landmark for Centipede while it showcases some of their best tracks to nod your head to.

Admittedly, the album starts off rather slowly with ‘Frostbite’ as the song fails to hit that peak that I feel as though is building throughout the song; the only way I could describe it is like changing your bed sheets. You start off with the first corner, you feel impressed. You go for the second corner, you’re still having a blast- you’ve got this under control, everything’s great. Then comes the third corner… it all goes to pot (pot being the key word with this band) and you’re back where you started. There is no end! That’s sort of how I feel about ‘Frostbite’.

Despite its questionable opening, thankfully the album picks up after the first track with tracks like ‘Beacon of the Profane’ and ‘Black Mead’ illustrating what this band are truly capable of producing. Although they are only a trio, these Finnish blokes sure do know how to maximise the use of their abilities while at no point is an opportunity for a chunky riff missed. Infact, if you had to label Centipede, it would be within a hazy land somewhere between the depths of Mastodon and Black Sabbath (a great place to be if this band want to be appearing at some European festivals this summer). If being immersed in a track is your sorta thing, definitely stick Sarnath on the next time you’re feeling blue.
Rating: 7/10 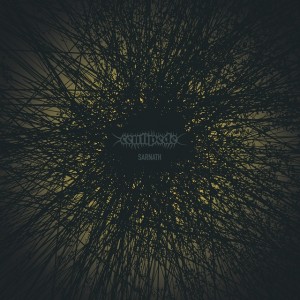