2017 was Greg Hart’s Year Zero. He’d put the critical acclaim but unexceptional commercial performance of his previous bands, GTO, Moritz and If Only behind him, and with his new band, Cats In Space, released debut album Too Many Gods (reviewed here). It was slow to gain momentum, but its eventual success ultimately led to tours variously with Thunder, Deep Purple and Europe.

Cats Alive captures the band live on the Thunder tour, several months before the release of the follow up Scarecrow (reviewed here). Consequently, only ‘Mad Hatters Tea Party’ features in the set, essentially a trailer for the forthcoming album.

More pastiche than plagiarism or parody, CIS’s note perfect assimilation of second generation power pop, a template used extensively by Jellyfish, Imperial Drag, EnuffZ’Nuff and many other bands, blossomed on songs like ‘Too Many Gods’ and ‘Last Man Standing’, resoundingly big and bold in the live setting.

They spread their wings with ‘Only In Vegas’, ‘Mr Heartache’ and ‘Five Minute Celebrity’, infusing the music with the broader rock hues of American AOR, reflecting the stylistic approach written into Hart’s back pages. Live, they match a locked tight rhythm section to the pitch perfect sonics of guitar and keyboards. With only Paul Manzi’s vocals, struggling to gain traction on some of the upper slopes, marginally holding them back.

The recorded sound is good, way beyond the threshold of acceptability, providing the clarity and punch you get on only the up market tours. 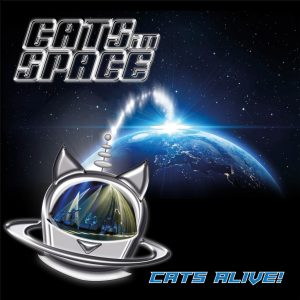