If your average metalhead is asked to name their favourite German artist then any of the acclaimed Teutonic titans Accept, Kreator and Destruction are nailed on to pick up a few votes. Caspar Brötzmann Massaker may not even register.

But if you’re familiar with such German luminaries as the 80s’ experimentalists Einstürzende Neubauten and Polish/German mash-up Laibach, then Brötzmann is perhaps someone worth exploring.

The Berlin-based performer has been creating music for the underground for 40 years, adopting an innovative songwriting approach that teeters with industrial excess infused with imaginative and inspiring guitar skills.

Southern Lord Records have been working with Brötzmann and on July 19 will release two albums, with a brand new selection of songs on Der Abend Der Schwarzen Folklore and a re-release of one of his finest albums, Koksofen, just over 25 years since it first came into being.

Brötzmann’s gift is for turning the audio detritus that most would leave on the cutting room floor into something brilliant and bold through the use of feedback furballs and distorted drone frequencies. Eighties fans of Glasgow’s terrible twosome, Jesus and the Mary Chain, may enjoy his creative sonic spells which also delve into the kind of dysfunctional hinterland currently inhabited by the likes of Om, Sunn O))) and Earth.

While the sound of breaking concrete or grinding metal pushes the listener to their limits, Brötzmann knows just when to cut the power and offer up something with a softer pallet.

For newcomers to Brötzmann, it makes sense to focus this review on Koksofen, indubitably one of his most widely acclaimed albums. ’Hymne’ is a compelling opening track. A bell chime, over which Brötzmann mutters a few indecipherable syllables under his breath, seems to slowly contort into ever more excruciating shapes before finally submitting to a crashing power surge of throbbing riffage. The mood then heightens, tension racketed up, before after 15 minutes coming to a screeching stop.

‘Wiege’ is even more understated, repetitive yet compelling, music to get lost in. If there is a way out it comes in the much more fluid ‘Kerkersong’ on which for the first time on the album Brötzmann engages in some actual singing, rather than monosyllabic mutterings. His new found freedom is also enhanced by the use of drums which add a welcome percussive sense of purpose.

‘Schlaf’ echoes with distortion and despair, at several moments almost falling apart completely with a galaxy of strangulated sounds crashing into each other like meteors. The album’s closing title track though does really capture Brötzmann at his most obdurate.

As witnessed throughout Koksofen, the opening flurries are little more than distant whispers, almost like thunder rumbling in the distance. You would almost be forgiven for checking your connection cables for some kind of interference. Before too long the by now familiar strains of Brötzmann are at work again, with his guttural German brogue uttering indiscernible missives.

What can be detected is the increased urgency of his delivery, peaks and troughs falling more rapidly, while in the far off distance that interminable rumbling continues, threatening to roar but never quite managing it.

While Caspar Brötzmann is the focal piece here, when performing and recording with his original line up – Eduardo Delgado-Lopez (bass/guitar) and Danny Arnold Lommen (drums) – he uses the full band name of Caspar Brötzmann Massaker.

There are few, if any, headbanging Kreator-style moments at work here. But for something stripped down to a lily white bone, Koksofen presents an intriguing, and at times inspirational, soundscape. 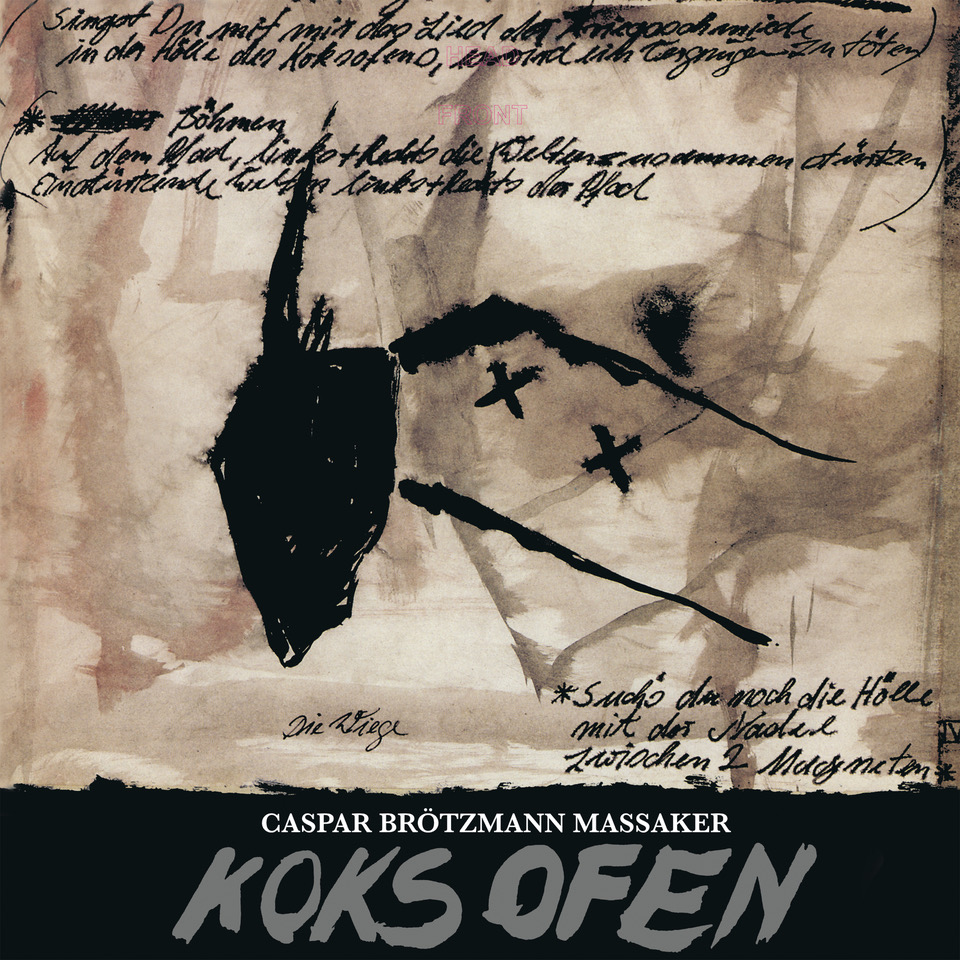