To celebrate the release of their debut album Servants of Violence which is out today, CASKET FEEDER are dropping a music video for their new single ‘Edge of Collapse’. Thematically, this song confronts the stark reality of climate change and the ruinous path humanity is being forced down by the inaction of corporations and governments. It’s another home run from one of the most exciting bands in the British underground.

You can check out the video for ‘Edge of Collapse’ right here and purchase the album here.

Speaking about the music video, the band say: “Once again we worked closely with our good friend Timfy (Old School Studios) to realise our concept for this video, using some ingenuity along with Timfy and Matt’s combined artistic flair to present a vision of our world in fast decline. We don’t want to give away our secrets too easily, but the more eagle-eyed out there will be able to work out the filming process behind the video.” 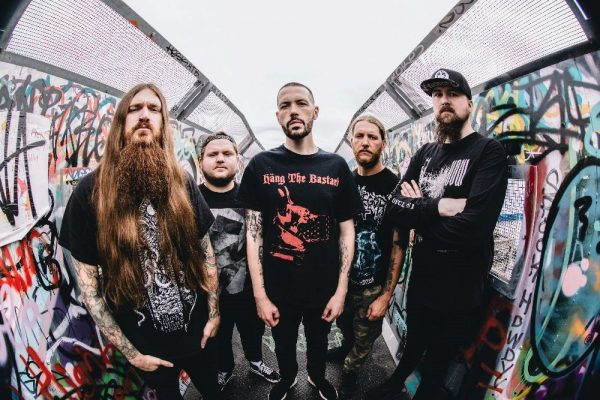 ‘Edge of Collapse’ is taken from the band’s debut album Servants of Violence. A punishing trifecta of brutality, rage and power, this album is a musical progression from the Scalps EP, with more diverse influences taken on board. In it, each member’s technical dexterity is more pronounced within the music, but without losing the band’s original sound of Scandinavian death metal mixed with UK hardcore.

Produced by Stu McKay (Malevolence, Ingested) and mastered by Brad Boatright (Gatecreeper, Skeletonwitch), this is 10 tracks of the band’s hardest-hitting material to date and one of the strongest underground metal releases of 2022.

In order to celebrate the release of Servants of Violence, Casket Feeder will be playing a show at The Black Heart in London on 26 May. Speaking about the show, the band say: “We can’t wait to unleash the track live along with more cuts from Servants Of Violence at our launch show at the Black Heart. The Black Heart is a special venue to us, and we’ll be leaving everything on stage that night and taking no prisoners.”

You can purchase tickets to The Black Heart show here: https://www.ourblackheart.com/events/2022/5/26/casket-feeder-album-launch-show 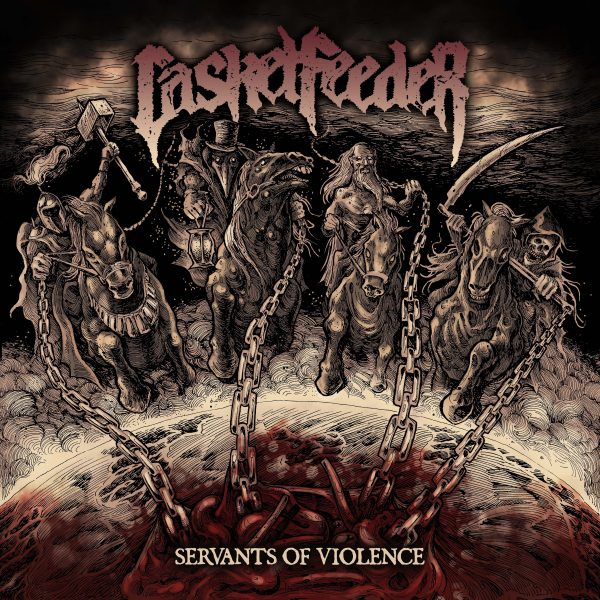