A Byrdi in the hand is worth two in the bush

Paul ‘where’s my hiking stick’ Castles navigates his way through an inspired album from Nordic folksters Byrdi, released via Trollmusic Records on March 17, 2017

Listening to the new album by Norwegian duo Byrdi is akin to being transported to a different place, at a different time. It’s completely unlike most things you’ve heard before and yet this Norwegian union of Nash Rothanburg and Andreas Paulsen has somehow created a little piece of Scandi magic.

Ansur: Urkraft is an olde worlde folk pearl that takes you by the hand and gently leads you back in time not so much to a bygone age as to a mysterious and mythical one. While the song titles reveal little to a non-Nordic speaking listener, that matters not a jot. You simply need to focus on the magical patterns crafted on songs such as Blaanane Blaa and Ansur to enter a whole new world. Blaanane Blaa is a wonderfully refreshing opener, overflowing with sincerity and and vivaciousness.

Dispense with any pre-held concepts of what is or isn’t underground music. This is Byrdi’s second full length release and continues on from their self-released debut Eventyr.  The tones and textures of this tantalizing tapestry are warmly forged but avoid sounding twee or childlike. Instead Ansur: Urkraft is a sonic interpretation of Nordic heraldry complete with instruments that you would struggle to recognize if you tripped over them.

On Tid there are some hair-raising harmonies simple in delivery and yet both poignant and moving at the same time. A Jew’s harp provides the backdrop to ‘Den Kvasse Nut’ a song with heavenly melodies and beautifully sung harmonies.

Byrdi’s compositions may not at first appear to hold a pull within a metal audience but delve deeper, find time to appreciate the imagery and the historical Nordic links and it becomes clear that Byrdi do in fact have much to offer, and not just to a metal crowd. In places the olde Nordic tales invite comparisons with the collaborative London By Norse project that was so successfully staged last year by Enslaved’s Ivar Bjørnson and Einar Selvik of Wardruna. 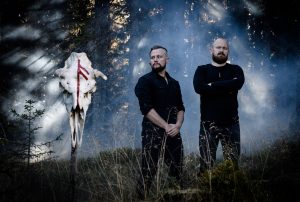 Byrdi’s commitment to delivering an album immersed in the spirit of the lakes, forests and mountains even saw the two artists move into a cottage built in 1870 to write the album, almost drawing inspiration from the ancient stones and intimate surroundings.

Further credence, if any is required, as to the intrinsic value of this inspiring and intimate release is that Byrdi invited a number of talented musicians to take part in this project. Those who did so also had that bond and personal connection and feel for Old Norse culture and the studying of runes.

Fleeting female vocals appear at various times, perhaps with most depth and emotion on the haunting ‘Myrpesten’, a delicate sonnet on the surface although one with a hint of sorcery about it.

‘Celebrata’ is darker still, deep chanting and sparse rhythmic clapping echoing across a desolate soundtrack of an almost primal beat, a deep heathen hum buzzing relentlessly like a recalcitrant wasp. The album ends with its longest piece, ‘Lite Vet Mennesket,’ which almost develops into a yodelling contest at one point.

With Neil Gaiman’s latest best seller Norse Mythology taking the book charts by storm and interest in Old Norse and Viking culture experiencing an upsurge this album deserves to be embraced. After all, its central themes are life, death, nature and the afterlife. That just about covers the lot, doesn’t it? 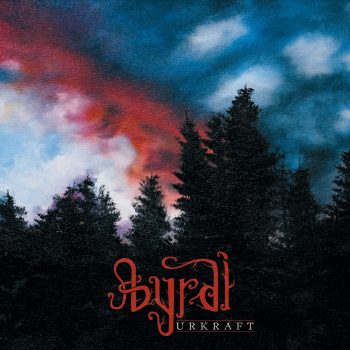