Tonight’s show at The Engine Shed welcomes Punk legends and a popular TV programme’s namesake derivative, the Buzzcocks. It may well be the venue’s smaller capacity upstairs room, but it’s still packed out by a couple of hundred middle-aged Punks. There are a few fresh faces, but it’s pretty likely that most of the crowd tonight are fans from the band’s original run. A lot may have changed since the late 1970s, including the Buzzcocks’ line up several times over, but what most certainly has not is the presence of Pete Shelley and Steve Diggle.

The first and only support band tonight are the local Suburban Toys. Unlike the headliners, they certainly haven’t been around for the best part of 40 years. Having only formed this particular group last year, they’re pretty new to the scene and play with the fun and excitement to match. Suburban Toys are lively and energetic, fronted by two female singers whose interplay and swapping of musical responsibility provide a refreshing listen. Their crisp vocals, amongst keyboard and percussion duties, layer brilliantly over the band’s playful Ska-infused Punk. The crowd might not be singing back at them just yet, but they give them a warm, positive response. Some great local music, a lot of beer and a general buzz get everybody in the spirit for what’s to come.

Buzzcocks make their way onto the stage ready to charge through a 90-minute set in typical Punk fashion; with A LOT of short songs. They break into ‘Boredom’ (that sounds ironic, I know) almost immediately and waste no time in getting into it. For those with enough energy, there’s a pit in the middle to get involved. The band hasn’t lost their energy either. They play pretty tightly, at least to a 20-year-old that has never before seen them perform live before – the vocals sound damn close to record and the melodies definitely still sound as they should. What’s more, they appear to be genuinely humbled that so many have turned out to see them and play with an enthusiasm only possible when actually having a good time!

Shelley may not move quite so much anymore, but Diggle more than makes up for that. He marches back and forth for the majority of the set and bounces around the small amount of stage space that he does have, seeming ageless (well, almost) as he does so. The newer recruits of the band (who have both been around for well over five years now) can’t be ignored, either. Chris Remmington succeeds in making playing a bass look very cool and Danny Farrant’s drumming is incredibly tight. Encouraging the rest of the crowd to join in with his incessant jumping, Diggle rants, “I wanna see this fucking joint bouncing!” It isn’t long before this that the 200 and something Punks get into full swing; arms outspread, screaming lyrics back at the Buzzcocks. It’s safe to say that they leave the best until last, too, from ‘Love You More’ and ‘What Do I Get’ to a frenetic encore of ‘Harmony In My Head’, ‘Ever Fallen In Love’ and the ever-raw ‘Orgasm Addict’. Its during this encore that Diggle also comes down to the barrier to lend his mic stand to the front few rows, who greet him like overjoyed 15-year-old fan girls. 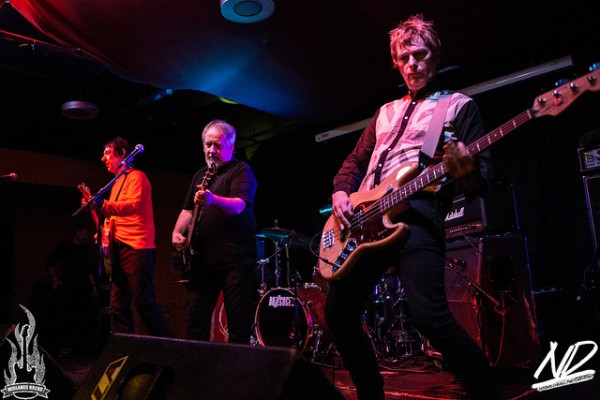 Following a raw, electric end to the show, the band wish Lincoln a “wonderful Christmas” and come down to shake hands and have photographs with those down at the front. The room tonight is left buzzing with a warm, welcoming atmosphere as its occupants make their way back into the cold November night. The Buzzcocks have still got it. 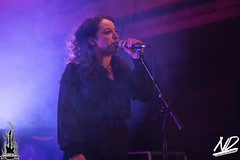 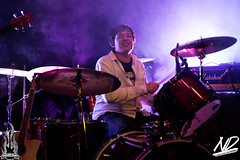 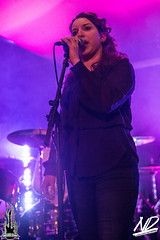 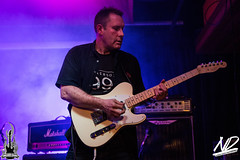 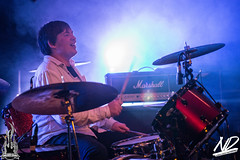 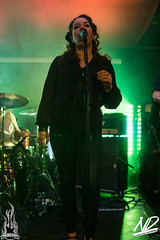 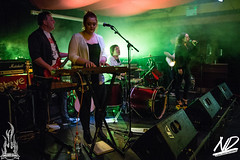 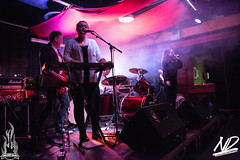 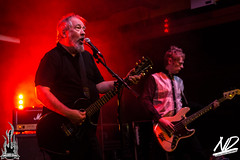 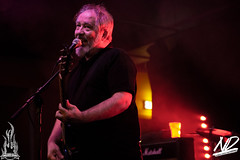 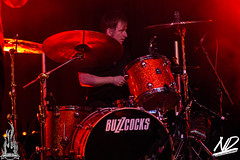 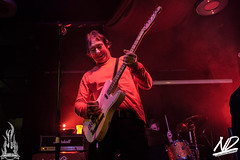 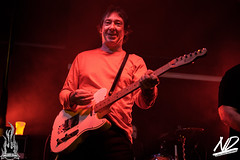 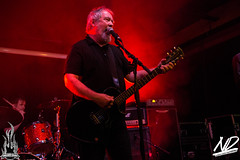 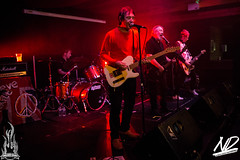 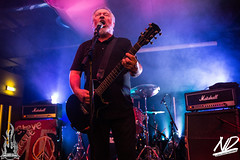 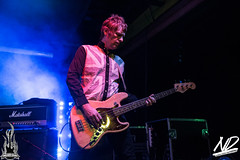 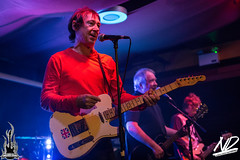 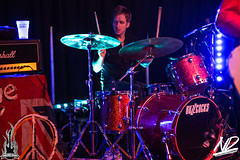 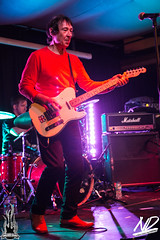 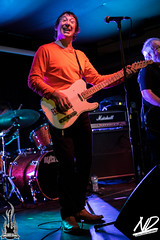 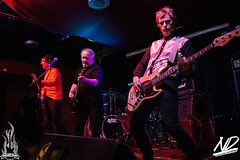 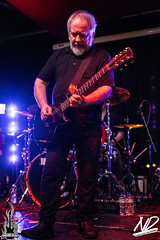