Italy has become something of a breeding ground for the Melodic Rock genre, more than any other Mediterranean nation. Recently, busy and ambitious Italian label, Burning Minds Music, released 3 new albums.

There is much to like in all 3, but equally, there is much that disappoints . . . an uncritical love of eighties’ styled melodic rock too often leads to parody. Sometimes though, it’ll result in a fresh spin on an old form, stuff that reminds us of the genre’s past glories but still sounds relevant today.

The aptly titled Begin Again is Wheels Of Fire‘s 3rd album, coming 7 years after their second. It’s produced by the band’s vocalist Davide Barbieri, when perhaps a bit of considered perspective from a third party may have been better. Irritatingly, Barbieri (and mixer Roberto Prioiri who should know better) frequently allows the squalling guitars to clutter up the production, suffocating the material.

When they don’t, it works. When they find light and shade, it works. It works best on the AOR inclined ‘Tonight Belongs To You’ … the guitars ring and chime, happy to play a support role. There are obvious allusions to Bon Jovi in the structure of ‘Done For The Day’, but still, it’s high calibre songwriting, with a cleaner, more streamlined arrangement, and a pulsating pop chorus. The album’s obligatory ballad, ‘For You’ could have been written by Per Gessle or Mikael Erlandsson… a chest beater, swept up on a swell of synth strings. No Grammy for the lyrics, but you can’t have everything.

A good word too for ‘You’ll Never Be Lonely Again’. A bit Bonfire, a bit Brother Firetribe. An oversimplification perhaps . . . but if you’re gonna copy, copy the best.

There’s an unintentional irony in the cover art of Alchemy‘s Dyadic, which features a male figure whose face is hidden. A judgment perhaps on the band’s soulless, faceless melodic rock… a derivative mish mash of spiralling guitars and cliched choruses, with little to redeem it other than an indiscrimate soft spot for 80s melodic rock.

Only when they dial down the bombast, as on the balladic, low key torch song, ‘What It Takes’, does it burst into life, with vocalist Marcello Spera singing like he means it rather than just going through the motions. Only ‘Hero’, which comes too little, too late in the running order, matches it. It’s written by Vega’s Martin, Martin and Workman . . . say no more.

Most interesting band award goes to X-Plicit, and their Like A Snake album. Almost perfect Sunset Strip Metal, updated for today.

The gut punch of opener ‘Hell Is Open’ gets the album off to a satisfyingly heavy start. Vocalist Simone Zuccarini exhibits just the right amount of snarl and attitude. The brutally melodic twin guitars duel relentlessly, veering vertiginously around our heads, adjusting their velocity in time with the track’s densely packed rhythms. And that’s the blueprint… most other tracks are variations on this theme.

The picks are ‘You Don’t Have To Be Afraid’ with perhaps an even better chorus than the opener; ‘Depth Of My Soul’, which strips away the metal veneer to expose a cracking little hard rock song. And absolute album standout, ‘Don’t Close This Bar Tonight’… an hypnotic, abrasive Skid Row-esque plunge into the world that only rock and metal bands inhabit. 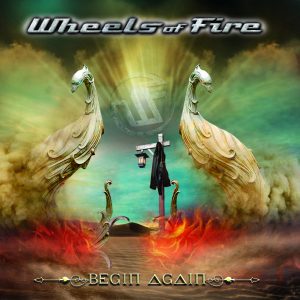 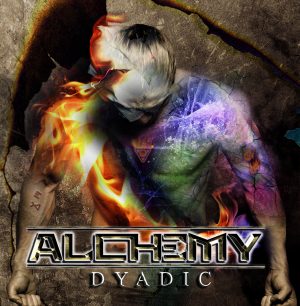 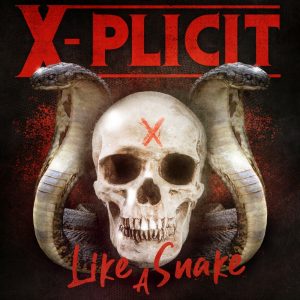