‘There Goes My Miracle’, the second track from Bruce Springsteen’s ‘Western Stars’, has been released today.

Columbia Records will release ‘Western Stars’, Springsteen’s 19th studio album, on 14th June. The 13 tracks of Western Stars were recorded primarily at Springsteen’s home studio in New Jersey, with additional recording in California and New York, and encompass a sweeping range of American themes, of highways and desert spaces, of isolation and community and the permanence of home and hope. Ron Aniello produced Western Stars with Springsteen, and the album’s musical arrangements include strings, horns, pedal steel and contributions from more than 20 other players.

“This record is a return to my solo recordings featuring character driven songs and sweeping, cinematic orchestral arrangements,” says Springsteen. “It’s a jewel box of a record.”

‘Hello Sunshine’ from the new record was released in April. 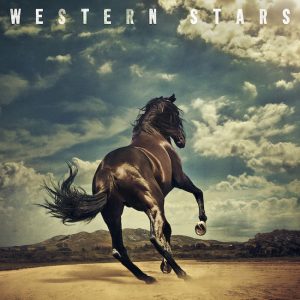