Warming up proceedings fell upon American post punk, laptop rapper (say that fast!), M.C Lars. Lyricist M.C Lars spits bars featuring creative spoken wordplay of my favourite writer Sir Edgar Allen Poe, in the form of track ‘rap rapping’ in reference to ‘The Raven’. Andrew Robert MacFarlane Nielsen, as he is known by real life, hypes up the crowd between bands sets after which he chatted away with his fans with an admirable approachability.

Debuting, as the humble UK offering for the night, local Nottingham band Lacey swoop in and knock this reviewer for six. Sweeping statement vocals provided by Graham Turner, drape over a back drop of powerful rock ballads with catchy haunting melodies. Harnessing the energy of a new E.P the band proudly announce and perform opener track ‘Shadow’ from spankingly new material.

Spicing things up with a pinch of all things nice, female fronted punk outfit, The Dolly Rots break up the testosterone fuelled gig proceedings. Being myself an avid punk fanatic, I listened intently to their cover of the scrumpy loving country bumpkin band The Wurzells’ hit ‘Combine Harvester’. Hearts were set to aww as Kelly Ogden and Luis Cabezas’ two year old boy made a surprise entrance.

All eyes were set to the stage as headliner of the night Bowling For Soup took to the stage. To say my view of icons was a little limited would be to put it mildly, bodies poured in to an almost bursting to the seams capacity.  The crowd upon hearing the customised Bowling For Soup intro were held immediately on tenterhooks. Within minutes, lead singer Jared Reddick cheekily greets his fans with saying anyone noticed I gained weight? A statement that  provokes instantaneous laughter from the crowd. It’s after this that their trademark banter begins, leaving no subject considered too taboo; jokes fall to Jabba the Hut remarks, pubic hair, Doritos, mouldy bread, gonorrhoea and a repeat subject on bum penetration.

Quite admirably all issues the band face, are addressed honestly and immediately such as the subject of a Farewell UK tour supposedly back in 2013. The BFS response was that being with your four best friends is the best therapy and is understandably hard to leave, resulting in this ‘How about another round’ tour. With witnessing the back drop for the night’s performance taking place in an all functioning bar called the Old Soup Inn complete with dart board I can’t say I would want to give that up either.

For me the most memorable moment of the night lay in the rendition of a pop punk medley in response to critics claim that pop punk is dead. Covering Blink 182’s, ‘All The Small Things’ which ran into Green Day’s anthemic ‘Basket Case’, nostalgia flooded into overload. Finishing the pop punk mash up, Jimmy Eat World’s hit ‘The Middle’ teasingly preceeded a cover of Fountains Of Wayne hit ‘Stacey’s Mom’.

The Dolly Rots rejoined the stage for their collaboration which resulted in ‘Love Ya, Love Ya, Love Ya’, but the end is neigh as the 11pm curfew approaches and the anthemic ‘High School Never Ends’ leaves the  encore in the form of ‘Shut Up And Smile’ followed by the definitive BFS track ‘Girl All The Bad Guys Want’.

Shamelessly doused in feel good memories, Bowling For Soup provide a show that takes feel good music entwined with a raunchy no holds barred comedy show, no wonder the result is a runaway sell out winner. 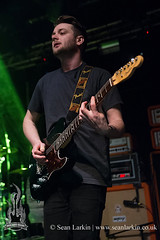 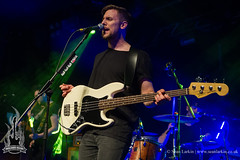 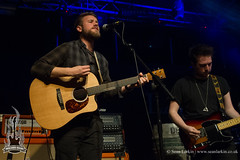 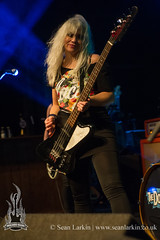 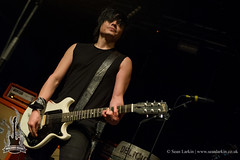 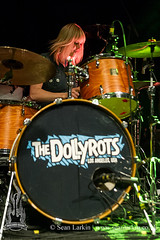 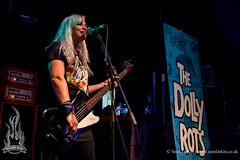 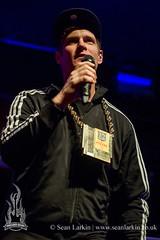 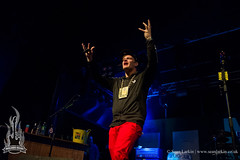 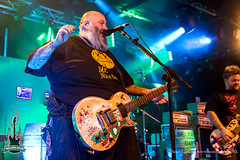 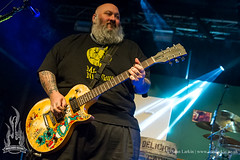 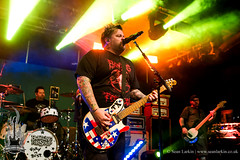 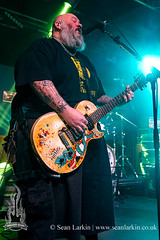 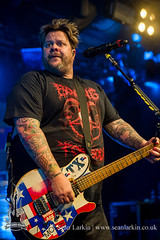 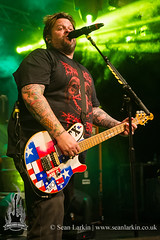 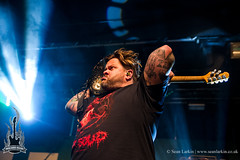 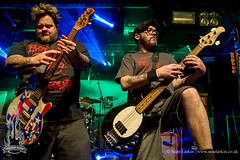 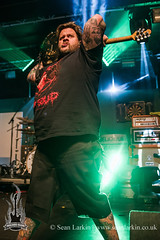 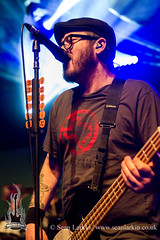 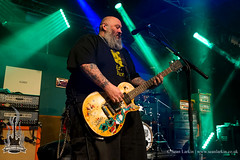 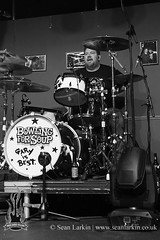 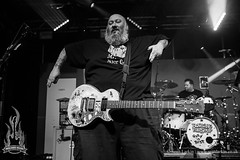 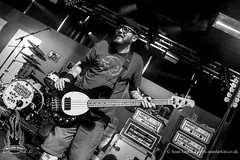 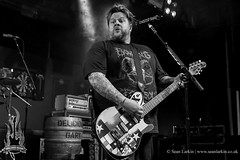 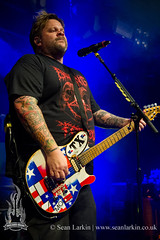 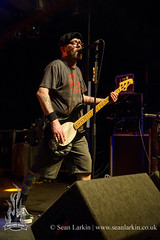