Paul Castles does his best to avoid any toilet humour references as he probes Bottom’s new release, issued on May 18, 2018 via Deformeathing Production

With so many interesting and enjoyable new releases to catch up on being asked to review the latest release from Bottom may at first glance appears something of a bum deal. Fortunately the ubiquitous name is probably the only thing not to like about the Polish grindcore generals. Bottom have been flying by the seat of their pants for 20 years now, force-feeding a diet of bowel-loosening death/grind to the masses. They just about qualify for the ‘veteran’ tag and they certainly have the appetite and conviction to show they deserve to be taken seriously, despite the less than convincing band name.

Of the eight songs on Epidemo, the follow up release to their album Psychofilia, six are brand new in your face tracks. The line-up is complete by an original demo that’s been collecting dust in the cupboard and a Lock Up cover. One thing Bottom have over most bands of this genre is the additional vocal partner so the ping-pong vocals tend to be sustained with no gasping for breath. 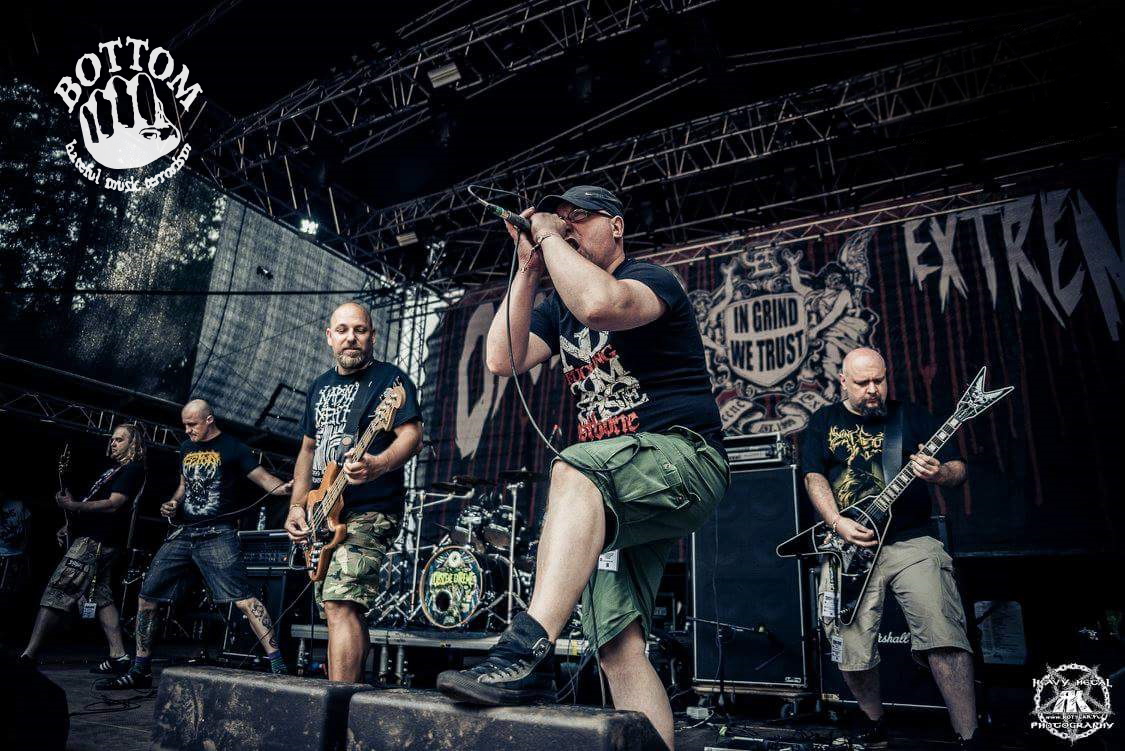 The Poles more than live up to their name with some buttock wobbling breakdowns. If there was a World Cup of extreme metal then Poland would sail through the group stages and quite possibly be knocking on the door of the quarter-finals, or even semi-finals.

First roll of the dice here is ‘Pandemia’ which is the longest track by some margin. A furious double-edged firestorm of an opener it sets the mood with in your face pummelling that is as influenced as much by the likes of hardcore heroes Agnostic Front as grind.

‘Straceniec’ and ‘Replica’ are firecracker tracks that are almost too hot to handle, combining speedball rhythms, machine gun drumming and that two-tone vocal head-to-head. The whole thing passes before your eyes with all the subtlety of a wasp nest that’s being unceremoniously smacked with a big stick.

Blink and you’ll miss the testosterone-charged Lock Up cover ‘Detestation’ while ‘Blizna’ induces roughly the same feeling as being vigorously smacked around the head with a beer tray. Closing track ‘Zombie’ does bring the pace down a little, even slipping in a few instrumental breaks. Don’t let that fool you though. When Bottom let rip you soon know about it. 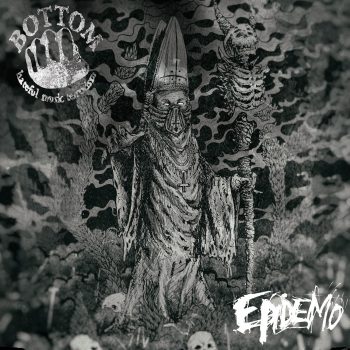