A good story with the rock scene as its general background? That’s a rare beast. To which Eviscerated Panda, A Metal Tale puts its paws forward asking to be taken off the endangered species list. “This is a niche novel and proud of it,” reads the PR blurb to Sarah Tipper’s self-published novel. Less a two-fingers up at society, more about how wearing panda-eyed make-up and liking loud songs about death doesn’t make you a bad person: Think original rock and roll movie The Blackboard Jungle as chick-lit wearing leather and lace. 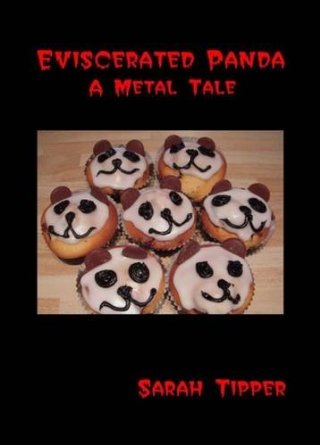 However, using a third person narrative distances readers, and a more extensive use of dialogue to define characterisations, develop plot and add intrigue (if only a “Will they won’t they start dating/get back together again/agree on doing a Slayer cover?”) is very much needed. Too often events are related in an extended synopsis format, with every character ticked off and accounted for. Editorially, I would have suggested Tipper made Cleo the main focus from the outset. After all, leaving a job in a biscuit factory to get part-time work on the local newspaper and as an environmental communications officer then falling for an older guy who’s the lead singer in a band from Swindon is a story in itself.

Available in print and as an ebook, Sarah Tipper has already written a sequel, Eviscerated Panda: Back in Bamboo. I hope she continues to develop this series, and progress and grow as an actual author beyond simply storytelling, not least because I worry about original bass player Jim. He walked out halfway through this novel, leaving the band and a nymphomaniac ex-girlfriend… And it sounds too much like what was the story of my life!