Much anticipated, the debut full length from Swiss duo Bölzer is well worth the wait. Both EPs, 2013’s Aura and 2014’s Soma were outstanding. That a duo could sound so heavy and that they could write such powerful and enthralling music that draws on as many subgenres of heavy music as it evades remains an achievement that underpins Hero. Whistle-like, the opening mystical sounds of ‘Urdr’ are enchanting, their mesmerizing call soon accompanied by tribal-like drums that echo in the nearing distance.

And then comes the first track proper: ‘The Archer’. Huge drums, feedback and a menacing black metal riff, and a biting vocal, furious and fiery and moving through a host of feels and textures, at six minutes it’s a beast of track. Melody and a distinctly tortured melancholy in the riffs, the title track plots an equally compelling and intense journey, the duo’s capacity for dynamism and depth always at the fore. Concentrated and concrete, it’s heft is as vast is its intensity is penetrating, so too for ‘Phosphor’, a track that burns brightly and determinedly for six of its eight minutes before fading into a captivating ambient coda, the voices reverberating in its numinous light taking full physical form for the brief but beguiling ‘Decima’.

At the centre(ish) of the album is ‘I Am III’, a track that’s been doing the rounds for a while now and keeping us sufficiently salivating. With its mid-tempo menace, dramatic dark majesty and compound density, it’s apparent how much of Hero the band was giving us an insight into. And with cascading drums, fiery riffs, and precise and piercing vocals of both ‘Spiritual Athleticism’ and ‘Chlorophyllia’ digging further into the duo’s dynamic, what better way to cast us into the emotional desperation of closing piece ‘Atropos’: “Mother, do not despair / see you on the other side”. The production solid, the performances passionate, and the music near-flawless, with an esoteric splendour burning in its otherworldly depths, Hero’s heaving mass is a stellar piece of work. One for the ‘Best of 2016’ list. 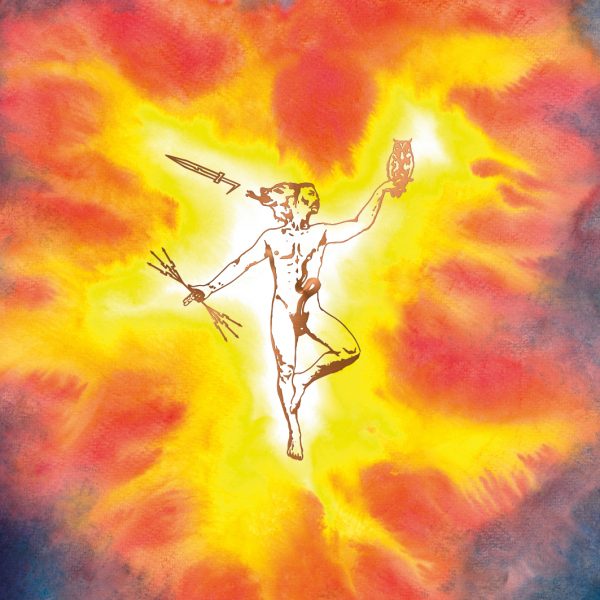