British blues leads the way in the latest round-up of recent releases – settle down and listen up for the some of the best stuff in homegrown blues around today. Read them both or click the band names below to go straight to their reviews:

The Welsh T Band – Where The Road Leads

The story of Wakefield’s The Welsh T Band has all the classic hallmarks of any respectable blues band: founded by frontman Terry John and lead guitarist Kevin Ackroyd through a mutual love of the blues, they put together a regular jam night in their hometown and served as a backing band for visiting musicians, but garnered enough popularity to tour up to 120 days a year themselves. Their debut album is subsequently the result of years of gigging and providing the dependable yet fluid foundations required to carry the many and divers top-flight artists dropping in.

This skill and talent sees them effortlessly pull off classic blues, like the simmering T-Bone Walker-inspired ‘It’s Cold Outside’, or ‘April Fool Blues’’s jazzy 12-bar, the latter featuring some exceptional piano and guitar solos. Ventures into heavier territory also prove successful: ‘How Much’, an atmospheric lament of masochistic love, solemnly seethes with the moody vibes of Pink Floyd, while the steady rock of ‘Place In My Heart’ is enjoyably set aflame by searing, raucous lead guitar. While the incongruous ‘Sweet Shop’ and the trite balladry of ‘I Don’t Know’ might make Where The Road Leads an imperfect album, the remainder is proof that what this road-tested blues band know, they know best. 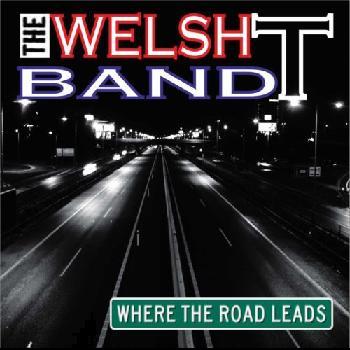 As the title suggests, the fifth release by south England’s BlueTouch is a varied combination of original tracks and covers both traditional and contemporary, but sceptics fear not: Old, New, Borrowed and Blue is no compilation of half-arsed rehashing and lacklustre filler. Here, suspiciously well-trodden blues standards are actually some of the best tracks: ‘Baby Please Don’t Go’ discards the juke-joint jump style popularised by Muddy Waters in favour of a heart-broken shuffle, fired up by Andrea Marie Farries-Douglas’ feisty biker-barmaid snarl, and even a mostly faithful rendition of Willie Dixon’s ‘I Can’t Quit You Baby’ proves an educated and rewarding tribute to house style. The steady plink-plonk of Johnny Moore’s Three Blazers’ ‘Drifting’ is happily re-imagined into a jazzy acoustic jaunt, while the album’s highlight, ‘Reconsider Baby’, transforms Lowell Fulson’s West Coast stroller into an ice-cold minor blues, sensationally executed with Led Zep grandeur.

The two modern covers, however, fail to undergo the BlueTouch treatment as successfully: Melody Gardot’s smooth-as-silk ‘Black As Night’ doesn’t haunt as gracefully with dramatic strings and a cabaret vocal, and Christina Aguilera’s weepy acoustic number ‘Save Me From Myself’ loses its intimate chill given a sturdy full-band rendition. The original tracks, three gritty roadhouse rockers, provide welcome oomph, completing a solid album from a band far from losing their touch – indeed, they’ve just found a firm grip. 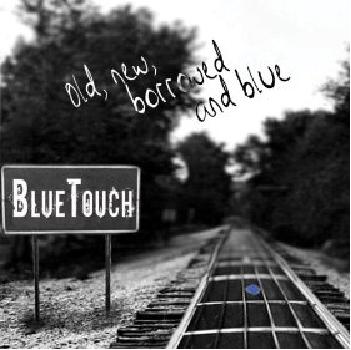