Loud, noisy and thrilling blues is the order of the day right now, with three prime cuts by artists from across the blues genre awaiting your ears, mind and soul – to be taken with 70cl of your favourite bourbon:

Fans have eagerly waited for some time a live release from Newcastle’s outstanding blues-rock trio, the Mitch Laddie Band: “The time never felt right,” they confessed recently. With the release of Live In Concert, recorded before a sell-out audience at The Cluny in their hometown, those keen listeners will not be disappointed. Within the set’s 80 minutes is everything you might expect from a MLB show: blistering lead runs, energetic improvisations and, of course, some plain hard-hitting blues-rock numbers. The album pulls no punches from the outset with the electrifying ‘Awakening / Time Is Running Away’, an energy that is revived time and time again through other standout tracks including ‘Gettin’ It Right’ and ‘Paper In Your Pocket’. Laddie pays tribute to heroes through three cover versions, including from influences both obvious (SRV’s ‘So Excited’ and Buddy Miles’ ‘Them Changes’) and more subtle (Marvin Gaye’s ‘Inner City Blues’), the latter featuring some of the most blow-away axemanship on the album, weaving melodic volume swells before exploding into some virtuosic, intense fretwork. A compelling live collection held together by powerful renditions of studio tracks and – as always – Laddie’s jaw-dropping talent. 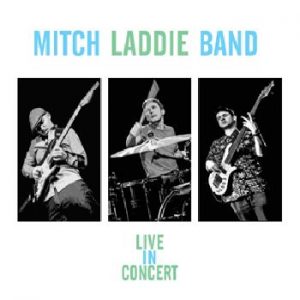 The Peckham Cowboys – 10 Tales From The Gin Palace

Crack open a bottle of your strongest, because the party starts here: London’s Peckham Cowboys’ second outing, 10 Tales From The Gin Palace, is a raucous romp of blues-rock detailing myriad encounters of drink, drugs, debauchery and other general dirtiness from the off. As the first glass smashes near the beginning of triumphant opener ‘Not Guilty!’ it’s clear that you’re not making it home until Sunday, its whole-band clocking-off vibe bearing more than just a little of the influence of horn and keys man Duncan McKay’s time with Primal Scream, to great effect. Meanwhile following track ‘Bromley Girls’, a salacious tale lecherously recounted by frontman Marc Eden, finds a perfect balance between catchiness and sleaze. Other top cuts include the noisy, grinding ‘Quarantined’ and the high-gain narcotic blues of ‘Poor Boy Blues’. Like all the best parties, the music isn’t the same all the way through: ‘The Debt Collector’ picks up the blues with some sunny ska, before rewinding the whole affair to a dark reggae with ‘Don’t Damn The Hypnotist’. The Peckham Cowboys go out as loud and triumphant as they came in with ‘Knocked Senseless’, rounding off an addictive album with an infectious refrain. Sure to leave you with a sore head in the morning. 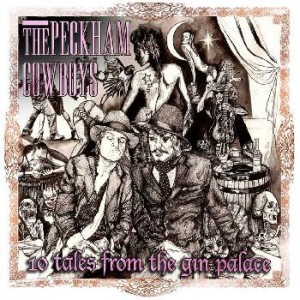 The first (presumably) of a series of releases, Dark Tales Pt1 is the follow-up to Brighton-based duo Rabbit Foot’s 2012 debut, with an EP of all-original material further demonstrating the startling and refreshing uniqueness of their sound. Both voices are stronger than ever, as Jamie Morgan’s grizzly vocal and Carla Viegas’ wildcat wailing not only complement each other even better than before, but also sound even more settled into the musical bedrock of African-influenced percussion and fuzzy guitar. A crunchy, White Stripes-esque riff tears open the EP at the beginning of ‘She Comes To Me’, taking little time to unleash its voodoo chorus, a perfect representation of the kind of synergy and originality that makes Rabbit Foot so great. Other highlights include blues stomper ‘Stubborn Child’ and the Howlin’ Wolf-inspired ‘Suite 136’, though all tracks feature some exceptional lead playing from Morgan. All this makes for a collection that reinforces Rabbit Foot’s place as a genre-pushing force in blues, but also one that leaves fans with a difficult question for the pioneering pair: where next? 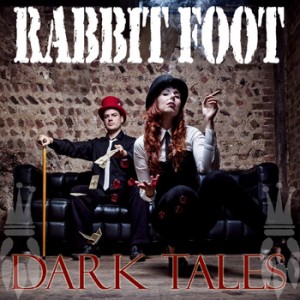