Full of vibrancy and copious amounts of energy…

Allan Jones will swallow the blue pill on 5 August 2016, when Nuclear Blast releases a throwback to a time when rock and soul weren’t all that different…

For those of you who haven’t heard of Blues Pills, they’re a female-fronted blues-rock band with heavy influences drawn from soul, jazz, and psychedelia. The quartet hails from America, Sweden and France, and while they’ve only been around a couple of years this is their sophomore album. I’ll come clean up front: I adored their debut album, and was expecting good things when this one came up for review.

Happily, I was right to expect those good things, because this album is excellent. The band’s blend of soulful rock’n’roll means that it’s full of vibrancy and copious amounts of energy. Vocalist Elin Larsson has one of those voices that just sends shivers down your spine in a way that brings the likes of Janis Joplin, Carol King, and Aretha Franklin to mind without feeling like a shallow clone of either one. Hallowed company, indeed, but with the power and the tone and sheer drive behind her delivery it’s very well deserved.

The rest of the band are more than capable of keeping up with it, too – from Dorian Sorriaux’s guitar lines to the incredibly tight rhythm section duo of André Kvarnström (replacing original member Cory Berry) and Zack Anderson, these guys play as a well-oiled unit.

And the sound… well, you only need to look at the sixties-inspired artwork to see what they were aiming for. It’s a thick, lush wall of psychedelic rock ripped right out of the late sixties/early seventies. Stick it right next to the likes of Cream or The Jimi Hendrix experience, and no-one would bat an eyelid, both in terms of the sonic stylings and (perhaps more importantly) how bloody good it is.

In terms of progression from the debut – it’s slicker, more polished, and yet manages to retain all of the power and immediacy of the debut. It’s lost a little of the rough-around-the-edges charm, sure, but what the new album loses in lo-fi cred it gains massively in terms cohesion and clarity. The production is excellent, with each instrument (including that glorious voice) given plenty of room to shine.

They’ve kept everything that made the first album so enjoyable, but moved it on a touch. I’d say it’s an improvement, and given how good the debut was that’s some going. 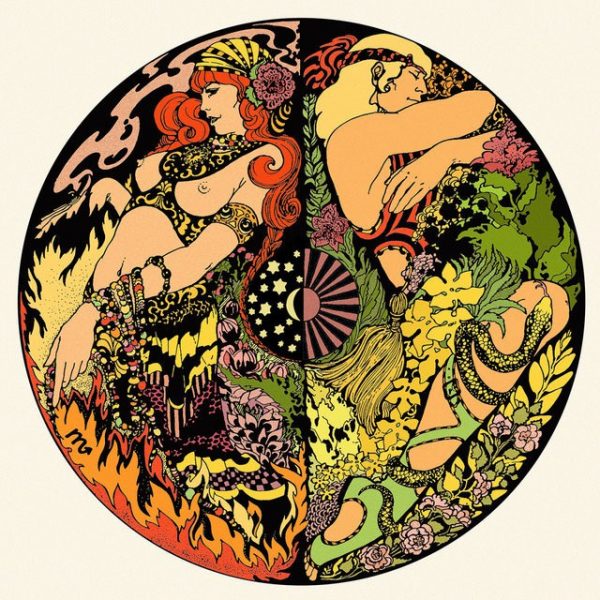