It’s still pretty windy as Catton Park stirs for its final day. As we step gingerly through the mud towards the arena, we can assess the damage inflicted by Mother Nature. Several tents look worse for wear, whilst others have raised a few more flags in a striking act of defiance. Thou shalt not stop our frolicking.

The morning kicks off with an early hit to the bloodstream in the shape of Belgian death metal royalty, Aborted. The clock doesn’t stop these guys from causing havoc with their individual blend of grindcore savagery and unstoppable atrocity.

Nottingham’s Witch Ripper take to the Sophie Lancaster stage with their groovy hard rock blend, complete with 70s feelgood riffs and melodic, twangy vocals. Although perhaps more at home at festivals such as Desertfest, they bring a welcome toe-tapping vibe to Catton Park. 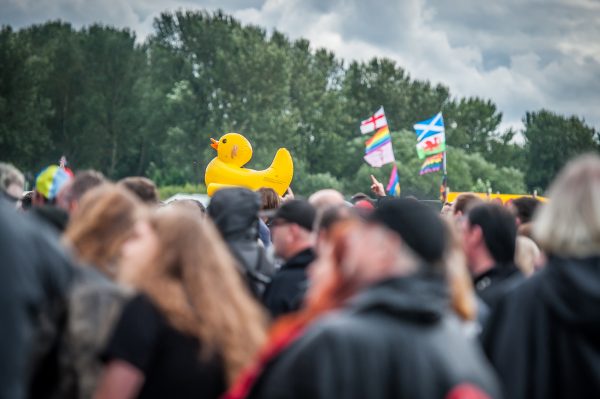 Swiftly following over on the Sophie stage are Helsinki prog rockers Wheel. Deliciously reminiscent of 90s bands like Korn and Tool, the melodic vocals of James Lascelles caress palm-muted chord sequences, despite not managing to pull in a sizeable crowd. The name, however, could use a little work, despite Bloodstock rightly using it for 10/10 pun-value in their marketing.

Following in the blue tent of hellish dreams are demons of doom, Boss Keloid. Over the years the Wigan warriors have gone from strength to strength and always deliver captivating shows. Frontman Alex Hurst’s ability to seemingly move his head separately from his neck is astonishing – perhaps he doubles as a hip-hop dancer at the weekend? His vocals are relentlessly strong; he reaches ten different notes in one word but can also deliver on aggression and brutality. This is prog rock at its grooviest best.

Over on the main stage Sweden’s Hypocrisy are sending the masses wild. Although regularly categorised as ‘death metal’, this is a band that surpasses genre. This is clearest amongst some of their most beloved songs; ‘Eraser’ in particular goes down a treat. An eerie, black metal intro, combined with brutal vocals, mixed alongside an undeniably catchy, almost upbeat chorus. ‘End of Disclosure’ is a similar story; this is grand, magnificent, almost cinematic music that combines all the best elements of all the metal sub-genres. With their last album released all the way back in 2013, we can only hope there’s another one around the corner. 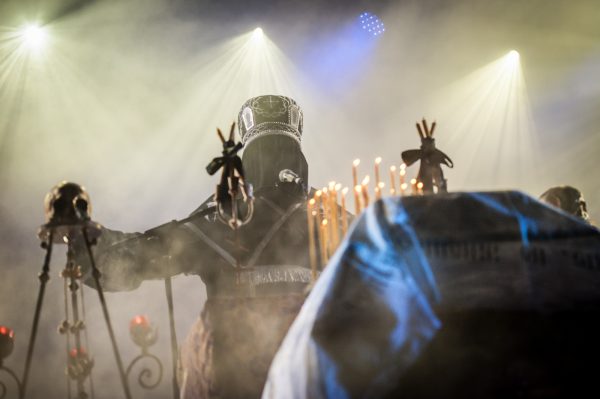 Transferred to the Sophie tent from the main stage, following yesterday’s weather-induced rescheduling, the mighty Polish priesthood that is Batushka welcome us into their ritualistic cult. The tent environment suits them much better anyway; this is dark, Satanic stuff that just isn’t cut out for midsummer sun. Despite the controversial departure/removal of founding member Krysiuk, subsequently releasing an alternative album also under the name Batushka, the tent is bursting at the seams with eager worshippers. There is a slow, rumbling build-up of dark and doomy hymn-style melody, incense burning at the front of the stage from swinging golden instruments, candles burning before an ancient lectern, framed by the backdrop interior of an Eastern Orthodox Church.

One by sacred one, they enter in their hooded habits, faces hidden by unsettling masks, taking to their places ready for Sunday service. Chanting choruses and screaming verses, delicate chimes and imposing chords; this performance, for it is a performance rather than a gig or a set, is completely and utterly transportative – as they travel through the entirety of their immense new album, Hospodi  (reviewed here), we become disorientated and detached from reality. The monks raise their bibles to explosions of fire, whilst other members of the flock top up the candles. There is nothing outside of this room. There is only Batushka. 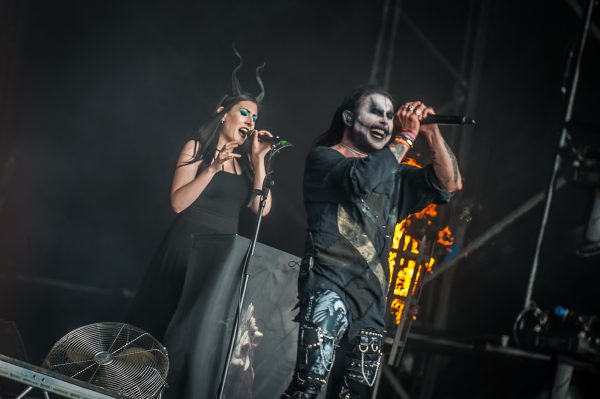 Masters of the dark arts, Cradle of Filth, finally manage to grace the main stage with their unholy presence following yesterday’s unfortunate cancellation. Dani Filth puts on a high-energy, entertaining performance as always. But having seen these guys a few times, I just can’t get onboard with Dani’s sporadic and intermittent screeches. Despite this, the delicate and controlled vocals of Sarah Jezebel Deva shine through, as do the operatic, witchy, mystical elements that manifest themselves in songs like ‘Nymphetamine Fix’ and ‘Saffron’s Curse’. 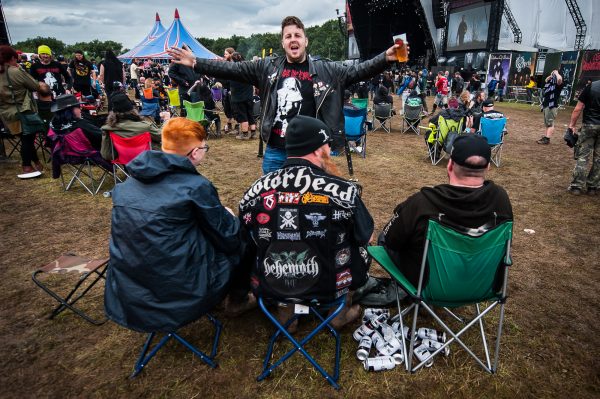 Rounding off the evening and final day of Bloodstock 2019, a change of tune, pace and mood takes over with German rock legends Scorpions gracing us with old school jams through the ages. Formed in 1965, their unrelenting popularity is astonishing and they put on a memorable show with crowd-pleasing classics including ‘Rock you like a Hurricane’ and an acoustic rendition of ‘Send me an Angel’. Grooovy baby!