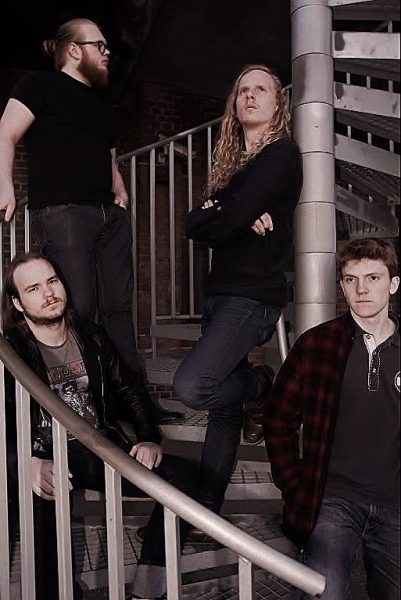 Skybrudd secured their Bloodstock pass when winning the Norwegian leg of Metal 2 the Masses. Just prior to their performance on the New Blood Stage singer Joe Isaksen found time for a few words with our very own man at Catton Park, Paul Castles.

Joe, good to meet you, how does it feel to be playing at Bloodstock?
This is our first time abroad as a band and we’re really excited to be here. Bloodstock is a great festival. We’ve played the Tons of Rock Festival in Norway but it’s nothing as big as this. We also managed to get UK shows in Coventry and Leicester so we’ve really enjoyed this first UK visit.

So you qualified for Bloodstock after winning your country’s Metal 2 the Masses?
That’s right. The final was held on the opposite side of the country to where we live and it was an eight-hour drive but it really paid off. It was a good venue with some awesome bands playing.

How long have the four of you been together?
As Skybrudd since 2015, but we were actually in a different band together before that.

Tell us a little about your sound?
Well when we played the other day a member of the audience said we sound like a Black Metal Mastodon! We’re happy with that, but I suppose we’re something between Opeth, Mastodon and Abbath.

And who were your influences growing up?
We were all inspired by Metallica, but also listened to plenty of Black Sabbath. Our main interest is Black Metal with bands such as Behemoth and Satyricon.

Are there any recording plans at the moment?
Absolutely, we’ve an album in the mix at the moment. It’s sounding really cool and we’re hoping for a release later this year or early 2019.

Are we going to see Skybrudd back in the UK again?
Definitely! We’d all love to come back and we’ve already been invited back to play in Coventry.