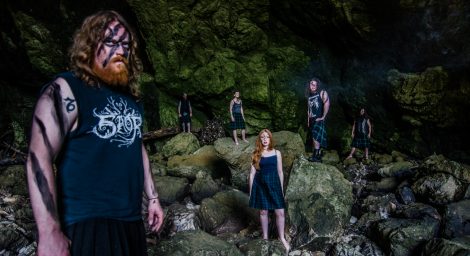 Na Cruithne were the nearest thing Bloodstock got to Game of Thrones.

The Irish painted warriors were invited to perform at Catton Park by festival guru Simon Hall who was impressed by their performance at Metal 2 The Masses in Dublin.

Paul Castles spoke to them before their appearance on the Hobgoblin New Blood Stage, which itself followed on from their barnstorming performance at Metal Days in Slovenia.