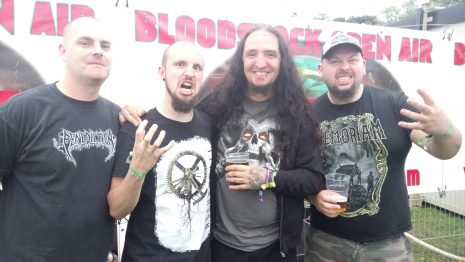 As always, Midlands bands were flowing like the beer taps at Bloodstock where Paul Castles did his utmost to speak with most of them.

The death metal outfit secured their ticket to Catton Park in Derbyshire by winning the Wolverhampton leg of the Metal 2 The Masses competition.

We spoke to them straight after their impressive display on the Hobgoblin New Blood Stage where their set featured songs from forthcoming EP, Fall of Thine Eyes.

Click below to find out what they had say.