Bloodstock 2017 was noticeably cooler and noticeably busier than the last few years. Whilst Lemmy’s Bar was overflowing with thirsty Hobgobliners, a few new coffee stalls were brewing up at Catton Park as many metalheads, recovering from a Thursday night spent fighting frostbite, exchanged ice cold beer for a steaming cappuccino.

The stalls were swarming with those in search of hats and hoodies, whilst the usually much sought-after Kraken ice cream stall was left looking slightly sorry for itself.  Nevertheless, this year’s Bloodstockers came out in full force.

Opening the main Ronnie James Dio Stage were female-fronted Forever Still. Maja Shining, a Morticia Addams lookalike with long black hair and a distinctive silver streak, produced haunting vocals comparable to Evanescence diva Amy Lee. A self-made band who do everything from recording and mixing to producing their own music videos, Forever Still are impressively focused and determined, but on this occasion, perhaps due to the early timing of their set, struggle to pull in much of a crowd.

Whitechapel were one band who did draw in the punters, with festivalgoers abandoning the assorted tented village sideshows to welcome back the infamous boys from Tennessee. With five successful albums under their belt across the past decade, Whitechapel continue to assert their credentials as among the hardest hitting crews around as evidenced by a storming rendition the title track of last year’s album, ‘Mark of the Blade’.

Over on the Sophie Lancaster Stage, Leicester death metal outfit Internal Conflict were busy hailing the ‘Metal 2 the Masses’ competition in which they themselves were triumphant in 2013. Frontman Adam Kyle expressed his gratitude at being given the opportunity to return to Bloodstock and he talked about his love for the festival, and his disbelief and joy at being on the stage rather than his usual spot in the crowd. Kyle’s performance was both energetic and humorous, ending the set by smashing a guitar case (rhythmically and in time!) into the floor. Internal Conflict were a band truly having fun and enjoying their music.

Devilment later took to the main RJD Stage, fronted by Dani Filth. Their performance drew in crowds out of sheer intrigue, their bizarre sound unmatched by anybody in the genre, or indeed any genre. Lauren Francis was captivating on the keyboard, offering melodic vocals to the untimely crow-like screeches of the Cradle of Filth frontman himself. Nevertheless, Devilment put on a wonderful show of mischief and horror.

Always a firm favourite of those most dedicated moshers, Decapitated duly destroyed the RJD Stage as the day drifted into mid-afternoon. After almost 20 years on the scene, the polished Polish protagonists have gained a dedicated fanbase among those seeking tech death metal played a jaw-dropping speed. Each song is a game of ‘How fast can you headband?’ with fans more than happy to play along.

Thrash titans Testament also showed why their pipe and slippers can remain under lock and key for the foreseeable future with another monstrous riff assault on the main stage including the likes of ‘Into the Pit’ and ‘The Formation of Damnation’.

Something completely different could be found in the Sophie tent where Leeds intelligentsia Black Moth were going through the intricate riff patterns that helped firmly root a large crowd to the spot. Over on the New Blood Stage, another emerging Leicester force, Blood Oath, produced a performance of ruthless brutality. After winning the East Mids ‘Metal 2 the Masses’ upon their second time of entering, this was a performance where they were hungry to make every second count as they raced through numbers from impressive debut album Kingdom of Dead Souls.

Headlining the New Blood Stage on the opening day of Bloodstock 2017 were Nordjevel, with frontman Doedsadmiral snarling “Are you ready for some real Norwegian Black Metal?” The fans were indeed, with the main stage lacking such Scandi treats over the three days. Nordjevel filled this hole and delivered a much needed direct hit of black metal straight into the veins of any black metaller’s in withdrawal.

Friday concluded with the Vikings, the wildlings, the kings that are Amon Amarth whose performance is always a medieval ritual, always a crowd-participatory spectacular, and always a visionary extravagance. With live sword fights, grim reapers, rhythmic firebursts and the biggest ‘row-row-row-your-boat’ in history in which even the most serious metaller’s were forced to the floor, the swaggering Swedes put on a show like no other with Johann Hegg conducting proceedings like a Big Top entertainer. Whether you favour battle cries and Viking-inspired grooves or not, it is hard not to enjoy an Amon Amarth party. 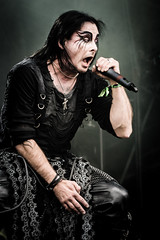 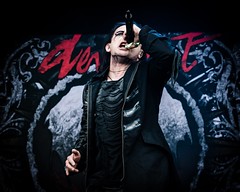 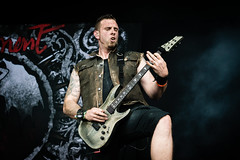 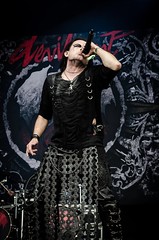 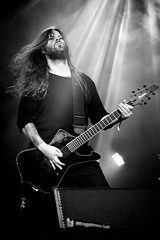 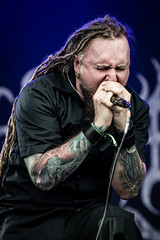 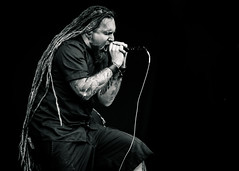 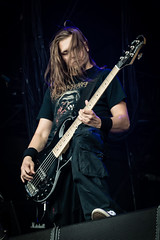 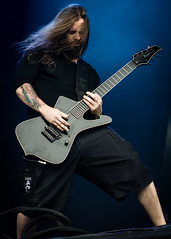 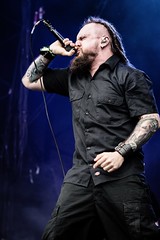 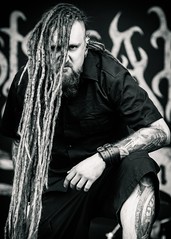 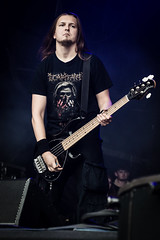 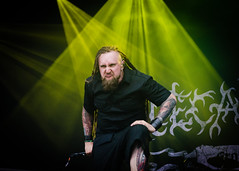 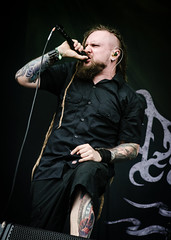 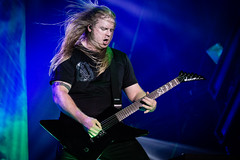 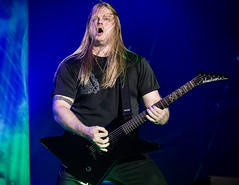 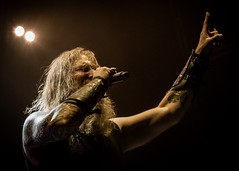 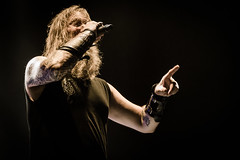 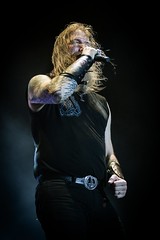 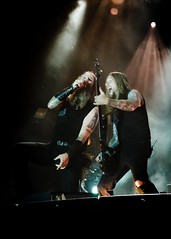 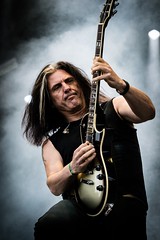 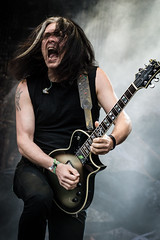 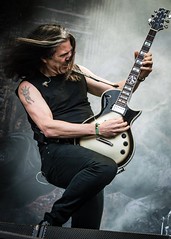 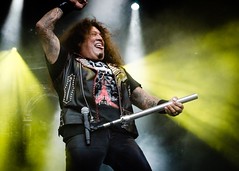 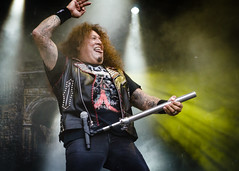 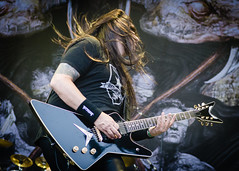 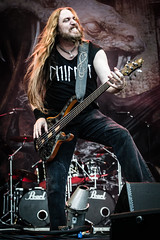