Bringing unto us many a slab of sloppy, slobbering, and seething death metal, Blood Harvest Records have featured in these pages many a time before and you can click here for a list.

If you want to find out more about Blood Harvest Records, you can check out their Website, give them a listen on Soundcloud or on Bandcamp, and for up-to-date, erm, updates, go ‘Like’ them on Facebook, I dares ya!

In the meantime, you can read the lot or click the band name above to go to their review. Let’s get messy…

Formed in San Diego in 2011, Ascended Dead’s first demo appeared in 2012. Sounding like it was straight out of the 90s, leaning more toward the band’s European more than their American influences, it was old school par excellence, as rabid as it was raw and as pummelling and destructive as it was primitive and degenerate. Two years later and the band’s first EP, Arcane Malevolence, has arrived and the potential demonstrated two years ago has been fulfilled. This time around, the band’s sound remains the same yet both their technical and song-writing skills are much more refined. The quality in the sound does of course make a significant difference, but the riffs and the lead breaks, the structures, and the performance across all four tracks mean that Ascended Dead sound much more concentrated as a unit. With weaponry such as this in their arsenal, Ascended Dead pose a serious threat.

Three tracks of death metal dripping in the saliva of a rabid dog with a bone to pick, Void Spiritualism, the debut demo from Switzerland’s Energumen, is grotesque. With murky and abrasive riffs colliding with the ominous crash and clatter of hammer-slammed drums, a demonic vocal drenched in a swampy echo gargles, gurgles and burps its bestial rancour. Driven by dark forces, each track drags you mercilessly through its slurry of ruthless and remorseless battery only to leave you face down in its filth at the bloody, broken-boned end. 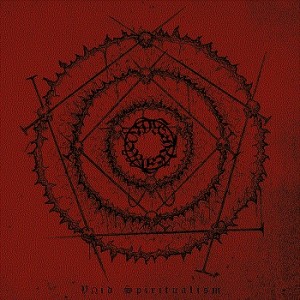 Ghoulgotha – Prophetic Oration of Self 7”

Mainman W. Sarantopoulos (aka Elektrokutioner) is a busy man. With Ghoulgotha’s Prophetic Oration of Self, you’d think that spreading oneself so broadly across the DM scene would have a significantly detrimental effect on the quality of music he puts out. But for Sarantopoulos, it seems that feasting on the putrescent feculence of the underground’s coarsest cloaca has provided sufficient fuel for this ugly and abrasive death/doom hybrid. Disfigured atonal discord cemented into deformed death metal riffing and diabolical doom splattered by his inhuman glass-gargling gurgle spewing eternal sickness, the two tracks here would make a gorgeously perverted addition to any death metal aficionado’s playlist. 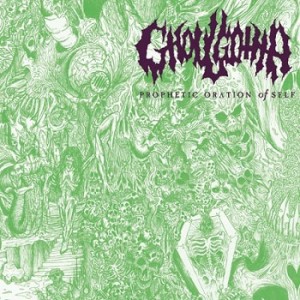 Kurnugia – Tribulations Of The Abyss 7”

Ugly. Brutally so. Only a face beset with boils, lesions, and pus-seeping warts could love this. Were this to walk through the streets, angry, close-minded mobs brandishing home-made weapons would chase it down and club it to death only to leave it prettier than it was in the first place. Though Kurnugia have a proclivity for patterns and passages redolent of Autopsy, Asphyx, Obituary and the like, the visceral and primal fire that burns beneath the surface is enough to convince you that Kurnugia mean it. Yeah, we’ve heard ‘em before, but it’s still pretty good. 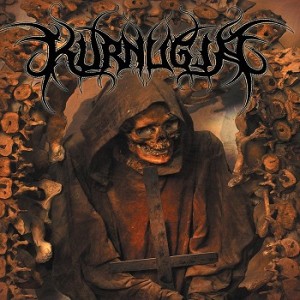