If you’ve got one of those sickly nativity scenes nestling by your fireplace then you might want to pop the pieces back into the box before unleashing Blasphemer’s satanic-fuelled blackened death onslaught.

The album opener ‘Let Him Be Crucified’ alone is enough to send baby Jesus flying into next week as the incendiary Italians refuse to stand on ceremony… even at Christmas! In truth this album is a few weeks away from its general release but the festive season still seems a deliciously ironic time to review their forthcoming third album.

Their 2008 full length debut On the Inexistence of God saw Blasphemer make waves on the European underground, but they then drifted into the shadows once sophomore album Ritual Theophagy was released in 2016. When they re-emerged a year or so later it was with a number of new faces in tow – along with a new band logo – and a shift towards a more death metal foundation, albeit while retaining the blackened sentiments prevalent in their name.

The Italian renaissance was endorsed when they hooked up with equally demonic cohorts Neoceasar on a split release, Blasphemer contributing the song, ‘Jesus is Stripped of his Garments’. 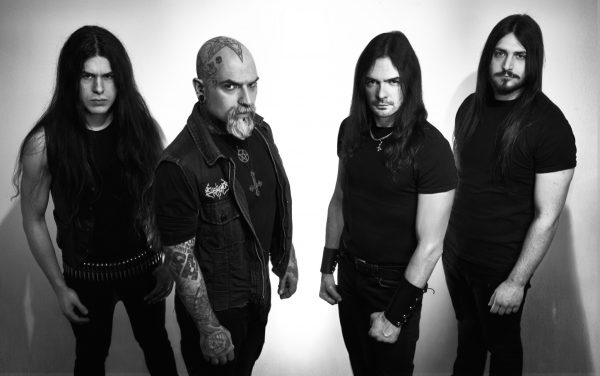 While that particular blasphemous blast is absent from the new album, we need not shed too many tears as there are plenty of less than heavenly highlights among the dozen numbers here to keep the horns reaching skywards, ‘Stabat Mater’ and ‘Lord of Lies’ among them.

‘Via Dolorosa’ opens with all the grandeur of a night at the Italian opera, stunning arcing riffs shooting this way and that, sharpened dangerously at the tips by dual guitarists Simone Brigo and Nicolò Brambilla.

New frontman Clod ‘The Ripper’ De Rosa sound likes a grizzly with a score to settle, not one to be crossed, not that crosses are ever likely to be sharing room space with Blasphemer, unless they’re flipped on the heads of course. The Clod-father incidentally played bass on Blasphemer’s debut album.

When not executing his demonic vocal barks he also works as a tattoo artist. Like all the best tattooists he wears his art literally on his sleeve but like Blasphemer’s music he takes things to the extreme with a pentacle covering his shaven head.

The album’s title track has a colossal chug running through it like the pillars of the Pantheon while the mood is one of intensity as the necro is smeared with uncompromising brutality. But as fuelled by hate as this album is, there’s melody within the maelstrom, even if you may have to search a little to detect it.

The Sixth Hour is the band’s first full length to be handled by Candlelight Records – the first two albums were via Comatose – and if they can get these boys on the road with some promo dates in the New Year further progress should be forthcoming. UK audiences will get their chance to sample the new-look Blasphemer on Saturday May 9 when the Italians join the likes of Bloodbath, Dark Funeral and Mgla at Incineration Fest in London.

Released via Candlelight Records on 24 January 2020 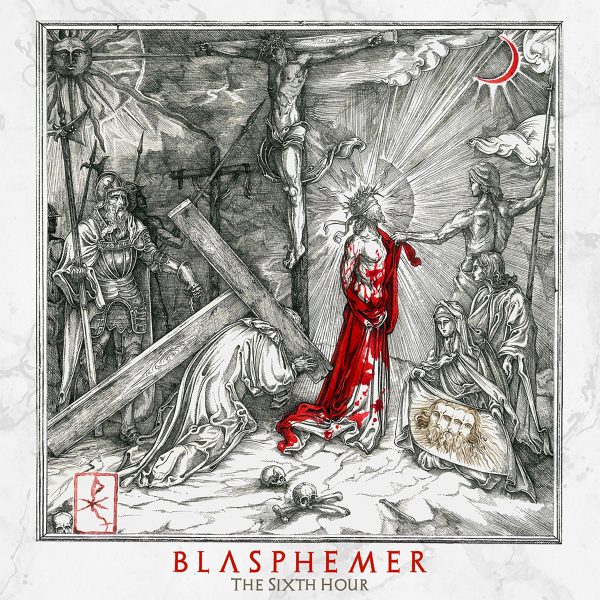