Reviewed by Brian McGowan. Released by Bulletproof 20/20 Records on 28 July 2017

It’s brave or foolish for a band to change its name just when it’s beginning to gain some traction. Or maybe it’s honesty, an announcement of the the different direction your music is taking.

One way or the other, Blackwater Conspiracy are the artists formerly known as Million Dollar Reload, with a new name that’s disappointingly nothing to do with the privately owned US military behemoth, but is in fact named for the river that connects the Irish towns from which the band members hail.

That said, the band have become something of a behemoth in their own right. Judging by this new album, their sound – soulful, passionate, fiery – suggests they have been following a strict grits’n’catfish diet these last few years, with their musical compass gradually swinging somewhere south of the Mason Dixon line.

‘Blackwater Swagger’ and ‘President Joe’, one full of snarling guitars and CCR gutsiness, the other a meandering, soulful essay in electric blues with a southern rock ambience, serve to frame the band’s new(ish) direction.

That said, ‘Waiting On Hollywood’ is man-in-the-street rhythm’n’blues, Hoople-esque, firmly grounded on this side of the Atlantic.

‘The Monday Club’s ambitious, grand piano intro and ‘Your Dirty Mind’s countrified flavour and classic axework take us on a finger blistering foray into Allman Brothers’ territory. But ‘Hanging Tree’ is probably the pick, a burnt out ballad, with vocalist Phil Conalane wringing out every drop of emotion from the bones of a bracing vocal performance that doesn’t preclude light and shade, beautifully paralleling Brian Mallon’s jaggedly brilliant lead guitar.

There are times you feel the band’s grasp is not the equal of their reach. That the melodies get lost in the heavy machinery of blues hardened rock’n’roll. But the band’s lyrics have flesh and form, and there’s a sharp sense of purpose to the songs. Clearly a band to keep an eye on. 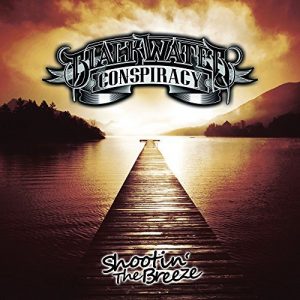