When it comes to skull-crushing music, record label New Heavy Sounds has quickly become a seal of quality, and they certainly have their finger on metal’s steely pulse. Their latest offering is from self-described “dark witch doom duo” BlackLab, a band Formed in Osaka, Japan in 2012. BlackLab are celebrating their 10th anniversary in the best possible style, with the release of their third full-length studio album, In A Bizarre Dream. Certainly not made for somnambulists, this album is an earth-shaking slab of heaviness you won’t be able to lift from your turntable.

Some music spikes your interest immediately, and that’s certainly the case with the fuzz-soaked riff that heralds the arrival of opening cut ‘Cold Rain’. Seeming dredged from the very depths of hell, it’s sludgy and barbed and primed like a bomb that’s ready to blow. That explosion occurs when the drums kick in and BlackLab conspire to deliver a beat that detonates like a series of depths charges. I’m a big fan of two-piece doom bands, there’s something very compact about such a pairing; everything is distilled and refined into the purest form of metal, and that’s exactly what you get with ‘Cold Rain’. It’s a track that could easily trade blows with Sabbath (and possibly win) and, imperceptibly at first, becomes faster and faster until, like a drunken boxer, it swings wildly (but powerfully).

Perhaps more than any other, the doom and stoner metal genres are rooted in the past. The 1970’s are viewed as the golden era, and it’s that style that modern bands tend to ape. Therefore, it’s quite refreshing that BlackLab are bringing something new to the table and, while there’s no radical break from tradition, drummer Chia introduces new rhythms, and guitarist/vocalist Yuko often delivers the lyrics with unearthly, glass-shattering shrieks. They’re both put to good use on the album’s lead single ‘Abyss Woods’, a dark and discombobulating slab of metal that’s viewed through psychedelic lenses. It perfectly captures that moment in time when the hippy dream turned into a bad acid tab nightmare and ‘Abyss Woods’ swirls its gaudy colours into a psychic soup.

The ice-cold, Arctic blast of ‘Dark Clouds’ flies at terminal velocity, and leaves the listener with a bad case of frostbite, and precedes the pairing of ‘Evil 1’ and ‘Evil 2’. These two songs are best experienced in a dim, candle-lit room (and at the witching hour) to fully appreciate their devilish delights. In A Bizarre Dream is an album that makes good use of musical dynamics, and no more so than on the cryptic ‘Crows, Sparrows And Cats’. Stereolab singer Laetitia Sadier might seem a strange choice as guest vocalist, but her ethereal tones add a litheness that promises to float away (and it would if it wasn’t for Chia’s thunderous beat). However, it’s heavy that BlackLab do best and the final track, ‘Collapse’, is a brutalist piece of architecture sculpted from sound, and it’ll cast a dark shadow over the rest of your day.

Having bestowed their dark spell over London via a couple of well-received shows, BlackLab have their sights set on global domination, and In A Bizarre Dream could be the vehicle that gets them there. 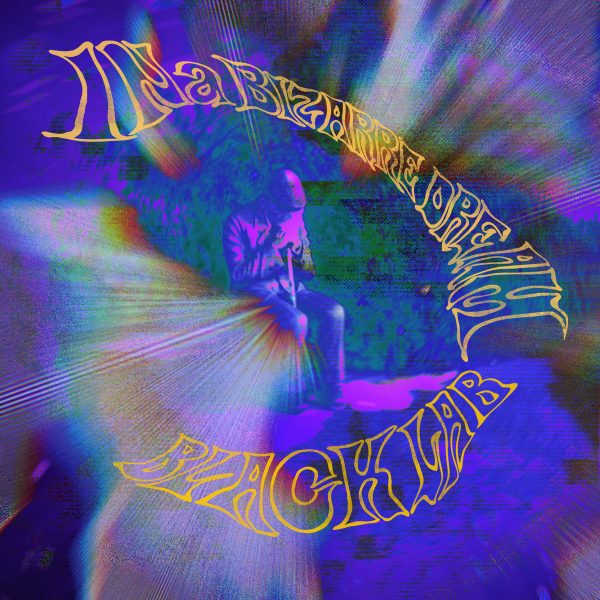