Depending on your vintage, the mention of ‘Southern rock’ may evoke wildly differing sentiments. Those well-worn enough to have witnessed the glory days of Lynyrd Skynyrd, Steve Earle and The Allman Brothers may look back fondly through rose-tinted glasses; those a touch younger will likely have heard ‘Sweet Home Alabama’ and seen ‘Almost Famous’ one too many times to have such affectation. Then there’s the PROPER youngsters, the ones whose first exposure to the genre may well have been Kid Rock’s potentially ill-advised turn-of-the-century dabblings.

There’s a new game in town. Blackberry Smoke have been peddling their gospel-tinged, blues-edged country-rock for nigh on a decade now, and are pushing towards the UK mainstream with their first ‘proper’ European-release LP, The Whippoorwill.

Emotionally the album steers perfectly between euphoria and melancholia, straight from how rollicking opener ‘Six Ways To Sunday’ rolls into heavily Earle-influenced ode to old love revisited ‘Pretty Little Lie’. Over it’s 54-minute runtime ‘The Whippoorwill’ careers between classic American rock styles: the title track’s Black Crowes-esque balladry; the down-home slide guitar of ‘Ain’t Got The Blues’; ‘Leave A Scar”s banjo-infused roadhouse hellraising feel, before wrapping it up as piano-led closer ‘Up The Road’ builds up to a stirring gospel climax.

The European release bonus tracks are nothing to write home about – a pretty by-the-numbers dixie boogie in the form of ‘Country Side Life’, and live versions of the first two tracks from the album which barely expand on the the LP cuts and offer little new. They’re no-cost extras, though – and for that price, no-one can complain.

If you were thinking that the best things to come out of Atlanta, Georgia in the past decade or two have been ‘The Walking Dead’ and OutKast, your mind might change with a listen or two to The Whippoorwill. It’s nothing that hasn’t been done before, but with most of the guys who did it best past their prime or gone-but-not-forgotten, any fan of authentic Southern rock owes it to themselves to absorb a copy and then truck on out to catch Blackberry Smoke on the road in March. 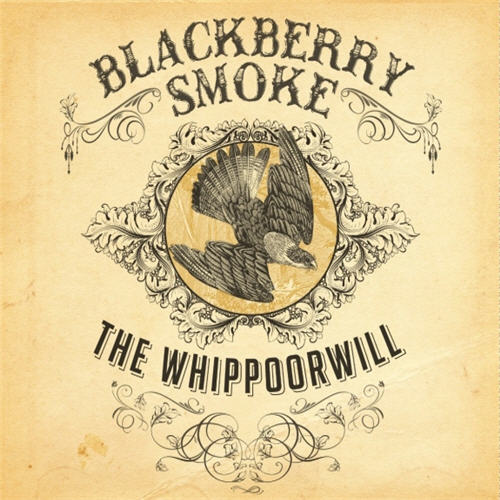