Every time I listen, I love this album just a little bit more

Allan’s been winding his dad up by not letting him listen to this until the 20 April, and then telling him to use Spotify like everyone else…

It seems like only yesterday that Black Stone Cherry burst onto the scene, but it was actually some 17 years ago since they got together, and 12 years since the debut album released to high praise. In the intervening years, the foursome from Edmonton, Kentucky have gone from strength to strength, easily playing every venue size from dingy back rooms up to arenas with ease and aplomb.

With this being their sixth album to date, and all with the same line-up, you can be almost certain what you’re going to get – a near-perfect slice of heavy southern rock with swagger and guts galore. They’ve released a chain of hits from each album, and this one looks to be no different at all in that respect – every track drips with their usual class and while they’re not pushing the boat out to take rock into any significant new direction, it’s hard to find any way to care about that even slightly when their modern take on classic southern rock is just so damned good.

If you’ve somehow contrived to miss out on Black Stone Cherry, let me try to condense them into a paragraph. If you take the best that southern rock has had to offer over the years, distil it down, add a soupcon of bourbon and a heavy dose of attitude, and layer that with big, thick guitars, crunchy riffs, and a kick-ass dose of beats from a killer rhythm section, you’ll get something in the ballpark. But they’re not a one-trick pony – they draw heavily on the blues classics, but they’re also more than capable of delving into the realms of softness and soul-searching with softer songs and personal, touching lyrics. Just take my word for it – you really need to hear these guys, and preferably you need to go and see them live, too. I’ve been fortunate enough to catch them in both headline and support mode over the years, and in either case they light up the room and fill the stage no matter what size.

How does this album stack up? Well, it’s easily right up there with the best they’ve delivered so far, and maybe even vying for the outright title itself. There’s an ease and a flow to this album that probably owes a lot to the spontaneity of the in-the-moment takes on their self-produced album. With their lucky 13 tracks on offer, there’s a comfort and familiarity pervading through the album both in terms of the musical interplay and the lyrical counterpoint.

I can’t even pull out personal favourites – every track has something about it from the sudden suckerpunch mid-way through ‘Bad Habit’, or the delicate organ and gospel feel of ‘My Last Breath’ or the powerful outro of the closer ‘Family Tree’. Influences are gently worked in like faded patches on a well-worn jacket, pervading through the album (or in the case of ‘Dancin’ In The Rain, included in the form of guest performer Warren Hayes) and then they throw in a cameo from one of their kids to make you feel all warm and fuzzy before they go and get you all fired up for a party… They’ve delivered everything you could have expected from them, and they’ve done it in style. Every time I listen, I love this album just a little bit more. Don’t miss it. 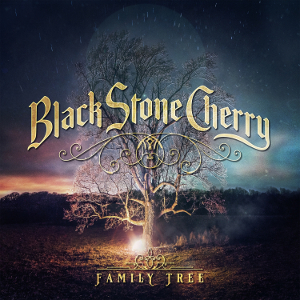