29th September. Definitely a big release Friday for the music biz, one of the first in the run up to the C-word. We’ve got high profile, multi-format releases from major Dad Rock big hitters such as David Gilmour, Pearl Jam and The Rolling Stones. But don’t, whatever you do, let this little gem go unnoticed. Black Stone Cherry have released a 6 track EP of blues covers and it’s a blinder.

BSC have always had the blues somewhere in their DNA but this is a full on nothin’ but da blooze release – which is somewhat in vogue at the moment (the aforementioned Stones and Van The Man having released particularly sterling examples). But this is a different beast, and a beast it most assuredly is. This is less deferential and yet still totally authentic, but make no mistake, it frickin’ rocks.

Despite being as bluesy as a blueberry in a Blue Whale in the most turquoise of oceans on blue awareness day, this still emphasises the rock in ‘blues rock’ – and how! This, ladies and germs, is how blues rock should be played – dirty, raw, irreverent and really fucking loud, performed with a vital, joyous intent. It may well be how Willie Dixon heard these riffs in his head.

So, who gets the BSC treatment? The bands affiliations clearly lie in Chicago rather than Mississippi – blues of the hard, urban, badass variety. It’s mostly Muddy with a Wolf and a few Kings thrown in. ‘Champagne And Reefer’ has a Hendrixy sheen atop its chrome plated chug, and I’m sure there’s a millisecond of ‘Purple Haze’ in there somewhere too. The songs often break down into a jammy moment, be it funky noodling, New Orleans jazz or Creedence swamp rock. But fear not, the massive riffs always return with a vengeance.

Freddie Kings funk is given a subtle tweak and a much harder, darker hue while Albert Kings ‘Born Under A Bad Sign’, while maintaining its groove, is force fed some dodgy steroids. Stax goes metal, who woulda thunk it?

Basically, you’d be hard pressed to find a better, more committed and affectionate blues release this year. And fun – which blues was always meant to be – played to rowdy crowds who just wanted to dance and party and drink and fuck away the very blues that were being sung about. A loud, attitude filled exorcism by a band on top form who had no reason to do this other than to tear through some of the music they love. Don’t miss this. 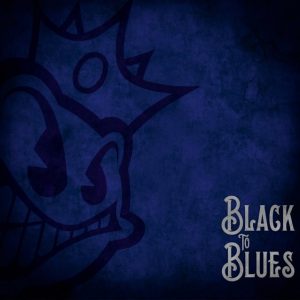