More from Satan’s alley for your dark delight, oh ye folk of a devilish persuasion. From Cuba comes the second album from Narbeleth, A Hatred Manifesto; from Atlanta, Georgia in the good ol’ U.S. of A. we have a two-track 7” from Hellgoat; and Germany’s Nocturnal Witch have delivered their first full length, Summoning Hell. Yup, there is much nastiness and naughtiness in these here pages. Read all of them or click the band names above to go to their reviews.

Cuba’s Narbeleth, the one-man band of Dakkar, deals in raw and primitive black metal stripped to its very core, and album number two, A Hatred Manifesto is as grim as they come. With an interesting approach to his vocals, his lines cutting across the scorched soundscapes, Dakkar’s meticulously-crafted black metal, drenched in lo-fi production, reeks of trve kvlt Norwegian black metal.

With the tortured melodies of the guitar leading the charge, it can at times feel like black metal by the numbers, the tracks delivering what you’d expect and where you’d expect it, but it’s the sheer conviction in the album’s construction and its execution that elevates A Hatred Manifesto above being simply a predictable slice of ice-cold Norwegian worship and makes it a potent one. As raw and primitive as it is cold, callous, and burning with eternal fire, if you want 90s black metal of the highest order, then this is for you. 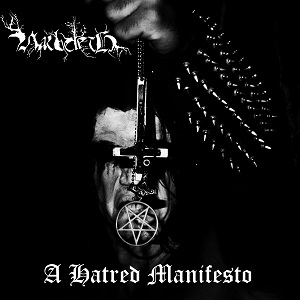 Now, I know black metal isn’t supposed to make you laugh but this two-track release had me chuckling like an evil overlord who’s just received the latest copy of his favourite magazine, Evil Bastard Monthly. From Atlanta, Georgia, Hellgoat have brought unto us poor earthbound souls an EP which, seeing as their last full length, Death Conquers All, was released in 2011, it may be fair to suspect – or at least hope – portends their next album.

After the mandatory ominous intro – rectum-prolapsing low tones, choral voices, and a lion’s roar leading into the sound of humans being devoured – the full menace of ‘Demonic Worship of the Horned Beast’ is unleashed. Raw and ruining, ‘tis a black, brutal, and blasting barrage of doom-tempo chords juxtaposed with savaged-at-the-speed-of-light riffs and near-indistinguishable discharges of venomous bile. The title track is a bestial assault that is as heavy as it is dark and drooling. With just two tracks, there may not be enough here to get a grasp on what Hellgoat are about, but there’s enough to make you want more. 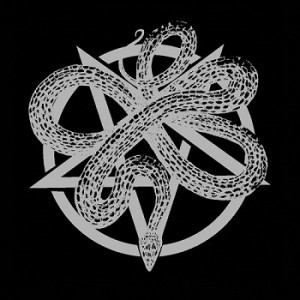 As if the album title didn’t give it away, the first full length from German black/thrash duo Nocturnal Witch is old school black metal throughout. With a production that maintains the sound of all the 80s influences that permeate every track while still giving each instrument a little more meat than is usual, this album is exactly what you’d expect.

Most albums of this ilk start off well, the first few tracks giving a clear indication of what the band are about and then, by about track four, things get a bit shaky. But not so with Summoning Hell. From start to finish, this is raw black metal delivered with all the wrath of Satan having just leant palm-first on a protruding nail (oh the irony!). Baphomet blasts and bashes away at the drum kit, Tyrant slashes away at the strings and barks his blasphemous bile, and Summoning Hell beats us to a bloody pulp with unremitting wave upon wave of Norwegian nostalgia and dark déjà vu. Predictable in places, there may not be anything new here, but Summoning Hell, in remaining true to black metal’s roots, has little filler and even less compromise. 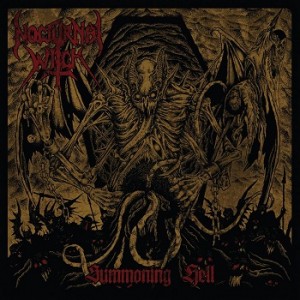