Blacker than liquorice in leather…

Time for a bit of a binge on black metal and catch up on a few releases recently dropped into the MR inbox. From Russia, Bloodrain deliver their fifth album Adora Satanae, Hungary’s Dusk bring us a collection hithero unreleased material entitled Satan’s Laws, Serbia’s Kozeljnik’s third EP Death Gives Unto Life has arrived, and France’s Haiku Funeral subject us to their disturbing Hallucinations…

Released through Possession Productions on 1 May 2016

Dedicated to old-school metal and Satanism and part of a circle of Satanic metal bands from the Tver region in Russia, black thrash trio Bloodrain are now in their 21st year. 2016 and their fifth album, Adora Satanae (Latin for ‘Worship Satan’, of course) is out there, somewhere, burning a hole in the sky and lobbing unholy hand grenades into the halls of heaven. In 31 minutes, Bloodrain deliver some pretty devastating black metal bombs. After the impressive ‘Event Horizon’, an eerie intro whose menace slowly grows as it proceeds, battle commences with the rabid, rapid and unyielding ‘Black Future’ leading the charge.

Across the eight original tracks, Bloodrain’s musicianship is always at the fore. Blasting along with all the ferocity that they can muster, each track is tightly focussed and their dark majestic melodies and savage and serrated riffs are explored and exploited for all their blasphemous power. For instance, the riff that underpins ‘Sapiential, Evil, Eternal’ is fierce yet when the track shifts to a half-time feel at the two-minute mark, the same melody takes on a more menacing feel, the track breathing a much deeper and much darker breath before it returns to a final blast of full on wrath. The lead work in ‘My Hell’ is outstanding, the riffs in ‘Keeper of Eternity’ are vicious, the slower section deliberate and dense, and ‘Beyond Law, Beyond Morals’ provides ample space for all the musicians, the drummer in particular, to shine. And the cover of Slayer’s ‘Evil Has No Boundaries’ is great.

Tight, abrasive, aggressive and blacker than liquorice in leather, six years since their last album, it’s a slab of time they’ve used well. A quick blast through their previous releases and not a lot has changed in Bloodrain’s history. But with musicians and material as good as this, why should it? With 21 years of black metal blasphemy behind it, Adora Satanae is nothing less than evil incarnate. 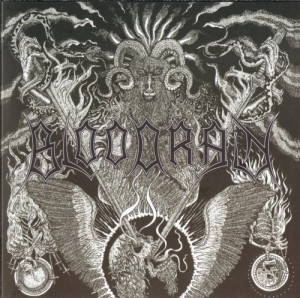 Released through Possession Productions on 22 March 2016

Hungary’s multi-instrumentalist Shadow has been releasing music under the Dusk banner since 1995 and with 7 full lengths to his name, the most recent being released in 2011. This release, Satan’s Laws, brings together two unreleased mini albums and a cover of Burzum’s ‘Moti Ragnarokum’ from 1997’s Dauði Baldrs, the first of Varg’s prison-recorded albums.

‘I Inwoke The Dark Powers’ is a dark, ritualistic and brooding opener, its eighty seconds a meditative preparation for the muffled barrage that ensues with ‘To Follow Him Through All Times’. As is usual with such recordings, the harsh riffs are dulled and the guitar melodies are dampened, the vocals emerge from some black forest grotto, and the drums have been recorded from the other end of the cave they fell into through some cheap and shitty microphone. But the songs are curiously compelling. Between seven- and nine-minutes long, the atmospheric density, the grim textures and the hypnotic power of the vocal chants make for a mystical experience. 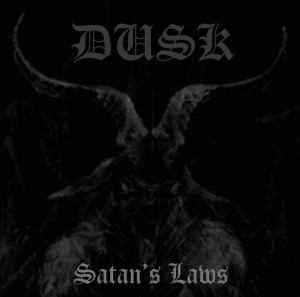 Released through Possession Productions on 22 February 2016

Comprised of two members of The Stone – L.G. on drums and K. on vocals, guitars and bass – Serbian duo Kozeljnik are ten years in with two full lengths and three EPs to their name, Death Gives Unto Life being the third. Occult, ritualistic and grand in execution, the four tracks here drag the tempo down and ramp the melodic and the mysterious right up so that when they do shift the tempo up, the effect of these controlled bursts is intense. Bringing clean vocals into the blend of black, doom and avant-garde gives the EP an earnest edge and shows how the band have evolved since 2013’s Null: The Acheron of Multiform Negation EP. It might limp along on occasion but it’s an intense piece of work that is well crafted, very well produced and very well executed. Their last album appeared in 2010. It’s about time we got another one. If it’s anything like this, it’ll be outstanding. 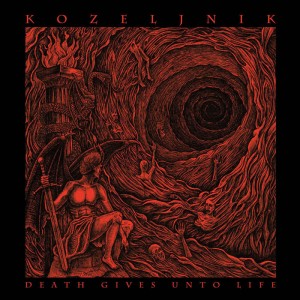 Released through Aesthetic Death on 11 May 2016

French Experimental black / industrial / dark ambient duo Haiku Funeral are purposely trying to fuck you up. This is jazz on bad acid. Very spooky and very eerie, with Dimitar Dimitrov fiddling with the electronics and William Kopecky twiddling his very distorted bass, the sounds that abound in the unsettling world that they’ve created for us are chilling. Something wicked this way comes…

The tracks seem to slip and slide across and through each other, the very unsteady foundations that they are built upon making for a disconcerting experience. The instruments, the vocals and the structures are in constant flux, the duo pushing us further towards the edge of what we know as safe or normal. There’s a brooding intensity looming over this album, a threatening menace that with repeat listens divests the listener of any feeling of direction or control. Dark and disturbing, the only light that shines in this realm enters through broken windows and comes to rest on the detritus of dementia.

Commanding, cold, indifferent and delicately harsh, this is not an album to put on in the background but one that must be given its own time and space to be fully appreciated. In engaging with this, the listener relinquishes control and subjects themselves to visions that they may not survive. A harrowing experience. 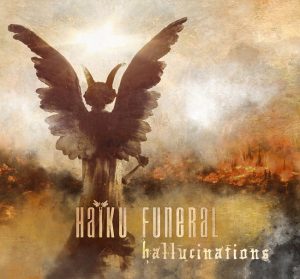