Although only formed in 2020 Portuguese band Black Hill Cove have a wealth of experience with members featuring in bands such as Grankapo, Painstruck and Jackie D. With such pedigree in their ranks this debut album comes loaded with expectation but Broken blows those presumptions out the water and it’s a 12 track monster that opens up new levels of brutality.

A hypnotic introduction that’s almost classical in scope creates a grandiose atmosphere; a feeling of a coming storm but nothing can prepare us for opener proper, ‘Angels Fall’. Arriving with the force of an avalanche Black Hill Cove set about delivering a musical pummelling and ‘Angels Fall’ is a full-on sonic assault which finds the band raining blows on all parts of your body. Vocalist Rui FAC delivers his words with a throaty roar, delivered with conviction they’re perfect for this type of music and add another level of heaviness. Imagine Merauder jamming with Sepultura on songs written by Pantera and you’d have something approaching the ferocity of this Portuguese trio and Broken barely lets up over 43 furious minutes.

The production on Broken is a real boon and ensures tracks like ‘The Wolf’ crash down like a ten-ton hammer. Ululating like ocean waves ‘The Wolf’ sounds absolutely massive and, with some relentless drumming from João Cabrita Silva, demands your full attention. Guitar solos are largely forsaken for a riff heavy attack that adds a sense of urgency and, coupled with street-level lyricism ensures that ‘The Wolf’ (and indeed, the whole album) goes straight for the jugular. The angelic voices that herald the arrival of ‘Standing Alone’ are in marked contrast to the insanely crushing beat while the gang vocals that underpin ‘Blindness’

Playing any type of crossover can be a risky business; fumble the ball and a band can find themselves in a musical no man’s land with no appreciable audience to play for. Black Hill Cove blur the lines between several genres; metal and hardcore effortlessly rub shoulders and Broken marries the musicianship of the former with the rage of the latter and the result is pretty volatile. Wheeling out the heavy artillery ‘Kill The Beast’ races from speaker to speaker like a buffalo stampede with guitarist Nuno Aguiar de Loureiro (who also plays bass on this record) weaving a maze of complex riffs.

Another discombobulating piece of music to bookend the album ‘O Tempo Não Volta Atrás’ brings the album to a rather sombre conclusion and suggests there’s more to come from this bunch of musical hoodlums. Debut records rarely arrive as fully formed as Broken and it’s an album that should propel the band onto bigger things. 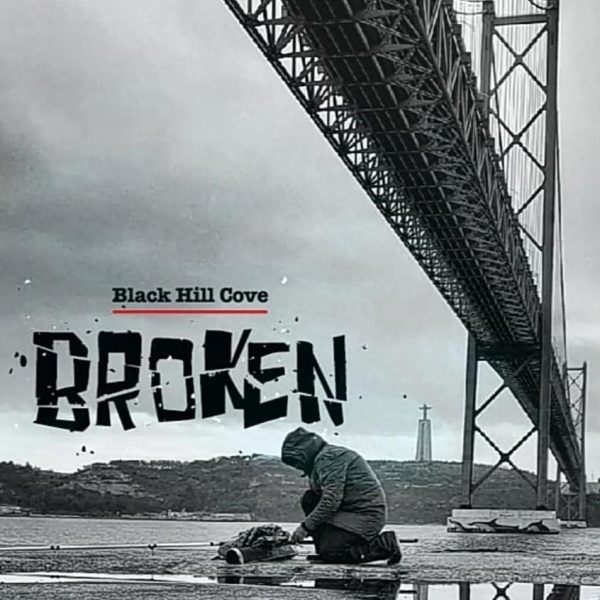