There aren’t many band biographies that tell of 30 A&R folk, promoters and label reps arriving at a select location with a password that they are to present to a man in a full North African berber outfit who, upon hearing the magic words, will say nothing and point to a pub. Upon entering, they are blindfolded and piled into one of two unmarked vans which will soon dump them on an industrial estate where they will be ushered into some sort of alcoholic’s dream laboratory and forced to witness the birth of – and I quote – a “tech-rock legend”. Thirty minutes after this event, every label rep that was released back into the wild was calling for a meeting. So there you go kiddies, if you want to get noticed, kidnap the bloody lot of ‘em. (Don’t.) 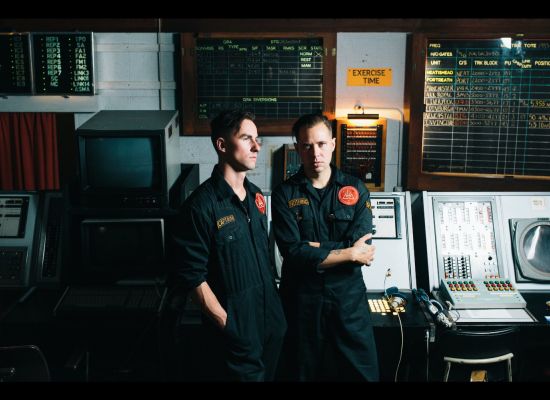 The two chief collaborators of Black Futures – Space (Idles producer) and Vibes – have long been working with a family of creatives at a place called the Space Station hidden somewhere in the hellhole commonly referred to as Surrey with a common philosophy: Positive nihilism. Space explains their fatalist approach to humanity’s end:

“We wanted party music for the demise of the human race… It’s finding the humour in it and being in awe of how inconsequential our self-importance is… On a surface level, when you’re looking out at the cosmos and looking at time in a cosmic or geographical sense, that’s when you get a true sense of how little we are and how we’re all animals. The freeing nature of knowing that you’re completely insignificant and getting away from this culture of ‘me’ and ‘you’re special’ and ‘you’re important’. Our culture is more like ‘you’re not special, we’re not important, so let’s shove as much love out into the world as possible in spite of it’.”

What a happy chappy. With no love for the capitalist system that promises much, delivers very little and takes what it can, it’s the music that matters. And the people. Armed with an ethos of “revolt, wit, immersion and adventure”, Black Futures emerged from a series of creative ventures and took to travelling the globe in one go, playing in a desert somewhere in California, hitting Tokyo to play a show in tropical heat (“it was so Blade Runner”), and heading to Berlin to make a video in an abandoned Russian Cold War nuclear bunker “where the Russians had all the armed nuclear warheads pointed at the west”.

I could go on. But there’s no point. It’s all in the music. Every beat. Every riff. Every distorted, mutilated and magnificent synth layer. Every word. In the performance, the delivery and the production. Social and ecological collapse and the arrogance of the world leaders that are doing their utmost to fuck us over is juxtaposed with the beauty of family, the future and nature in an array of sounds that are as heavy and oppressive as they are celebratory and stirring. While the future may look black and our end inevitable, Never Not Nothingis the sound of now, of today, of the immediacy of existence. A contender not just for the best debut of 2019 but also for the best album of the year, Black Futures is a band to watch. Now. We don’t have much time. We might as well dance our way into the nothingness, with smiles on our faces and sheer terror in our hearts… 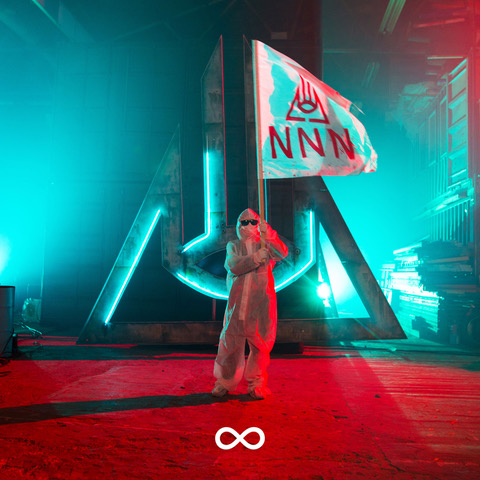