No it’s not Holby City

Paul ‘not the big needle, nurse’ Castles seeks medical advice from Osmose Productions and Graceless Recordings after being subjected to a dose of Black Fucking Cancer, on June 24 2016.

The 2011 demo Summoning Aural Hell saw plenty of admiring looks directed at the US black metal newcomers. So it was both surprising and disappointing that the irascibly named Black Fucking Cancer failed to follow things up at some point with an album.

Well, five years on from that four-track debut that time has now arrived, with a self-titled full-length release just out, via underground French label Osmose Productions. However, three of the seven album tracks actually did appear on Summoning Aural Hell which is a little disappointing and less than gratifying for those who may have already purchased the EP at some point over the past few years.

The band’s name is hostile and unforgiving but is not there just to shock. The band hate the disease with a vengeance. But for them a Macmillan Cake Sale or Marie Curie tea party was never going to encompass their feelings. Tin rattling has its place for sure, but these San Francisco blasphemers chose to express their contempt and disgust by incorporating the Big C, as it was once referred to, into their name.

In doing so they may have risked alienating as many people as they hoped to win over. But with this album, it looks like they – and we – are stuck with it. What the Californian crew have managed to do though is capture at least some of that pain into their sound because this is a venomous release by any standards.

They get straight down to business as a monstrous fuzzed up riff slices through the air at the start of the opening song ‘A Sigil of Burning Flesh’. It’s warlike in its levels of aggression but the dimensions of the song are well kept together and there is sufficient punctuation to stop the whole destructive diatribe from toppling off the edge. In fact the nuances and twists encouragingly suggest that while Black Fucking Cancer is frothing around the gills with hostility the quality of songwriting is such that each track also maintains a professional level of discipline.

That is certainly a prerequisite of the following song ‘Acid Ocean’ a 12-minute voyage on the high seas of contamination. There is a sense of urgency flowing through these aural waves which become ever higher and more ferocious until a kind of impasse is reached. Then the sounds dissipate and what we’re left with is a searing drone that meanders lifelessly across the final few suffocating minutes.

You would be disappointed if ‘Blood Stained Whore’ didn’t sound as depraved and debauched as its title suggests. Black Fucking Cancer happily meet those expectations with a bombastic blast of deep cuts that leave you scrambling for a band aid as the feral surges are unleashed mixed in with crabby black metal vocal coughs. During the recording the vocals were overlaid but the instrumentation was a straight one-take hit devoid of niceties and post smoothing of rough edges.

‘Wall of Corpses’ and ‘Exit Wounds’ are both infested tablets certainly not designed for ease of consumption. Anything but – The flailing skull hammering drumming is a lesson in snare savagery while the guitars are animalistic, attacking you from both sides.

By the time we reach the unapologetically crushing closer ‘Communion of the Blood Unholy’ even the hardiest of us is searching for the escape routes. Black Fucking Cancer don’t make it easy for us stretching out the final track to 10 tumultuous minutes during which they throw everything within reach into the hellish fires and then sit back and wait for the flames to consume you.

With Black Fucking Cancer as the name of both band and album, moments of warmth and harmony are inevitably likely to be thin on the ground. Well I can tell you now, don’t even bother looking. This is little short of black metal warfare. 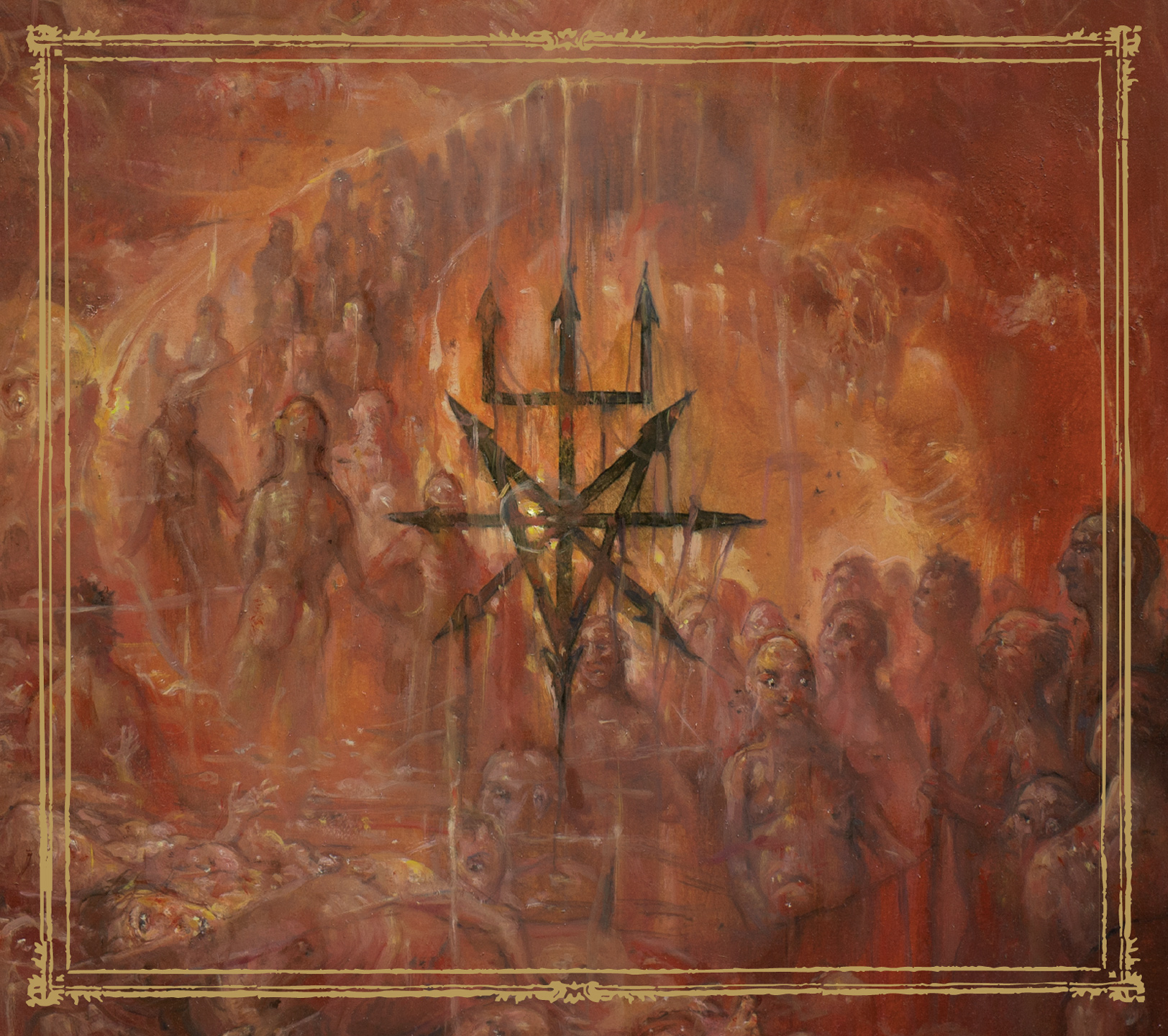