Hatchets have been buried… not literally

So, here we are in 2017, 5 years after the release of ‘Afterglow’ and the very public and somewhat unseemly disintegration of Black Country Communion. But miracles, it seems, can happen. Walls came down, bridges were built and hatchets were buried (and not, miraculously, in each other). A new album arrives, blinking, into the light of day. So what will it be? A dry, awkward reconciliation, a bitter contractual obligation or a success?

A quick bathe in the Zeppelin riffage of ‘Collide’ and all doubts are cast aside. This is good. Very good. Hughes is in fine voice, Bonamassa wails nicely in the solo and even Sherinian and Bonham get a look in this time around. Perhaps Kevin Shirley paid attention to their criticisms of his ‘one-take’ production style. The keys definitely add colour and depth and Bonham is suitably thunderous and, erm…Bonhamesque.

This feels like a genuine band at work, a collaboration of four individual talents and personalities who have that certain something, that unique chemistry that sets a band apart. Having said that, this feels like it is Hughes baby. He shoulders the bulk of the songwriting duties and gives every performance his all. He’s in prime form. Who knows who dubbed him “the voice of rock” (maybe it was Hughes himself) but he can certainly still sing, and now without the added coke-fuelled shrieking that marred many a Purple gig back in the day.

He also writes about subjects close to his heart. ‘Love Remains’ was written for his parents, both of whom passed away recently, and it’s testament to his craft that the lyrics weren’t trampled underfoot by the somewhat blatant ‘Wanton Song’ riffage (have I mentioned how beholden to Zep this album is?). ‘The Core’, meanwhile, replete with brooding Bonamassa atmospherics, is heartfelt and effective, addressing, as it does, the annual slaughter of dolphins in Japan.

Bonamassas main songwriting contribution, ‘Last Song For My Resting Place’, would have slotted in perfectly on his last solo album. A biographical song about the band leader on the Titanic, he goes for a James Cameron, Celtic feel and the mandolins and fiddles, when they duly arrive, smack a tad of ‘Riverdance’. Oh well, it still works in a slightly cheesy way, and there’s still a nice, big riff/solo moment.

And on it rocks. There are brief acoustic interludes and spiritual lyrics (life’s a journey folks) but rock it certainly does, and convincingly so. Hats off to Bonamassa for swallowing his pride and reaching out to his bandmates. Let’s face it, he didn’t need to do this, his solo career is pottering along nicely, but thank goodness he did because BCC may have delivered their best album yet. They’re undoubtedly playing with (miraculously) more cohesion and, ahem, communion than ever. Hopefully the lack of touring won’t be a stumbling block again, maybe they’ll continue as primarily a studio band. After all, it didn’t do The Beatles any harm and on the back of this release the sky could be the limit. Long may they continue. 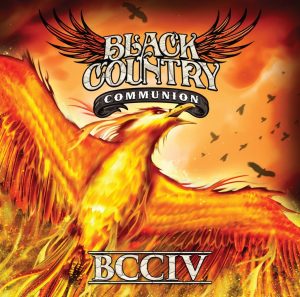