There are known unknowns and there are unknown unknowns (copyright Rumsfeld 2002). For many, Bite The Bullet fall into the latter category. How that happened is truly one of those “Stop me if you’ve heard this one” rock’n’roll mysteries that occurred with worrying regularity in the eighties. Labels, management, PR. To butcher a phrase from William Goldman (RIP): “Nobody knows anything…… Not one person in the entire music field knows for a certainty what’s going to work.”

And the real tragedy here is that this should’ve worked. It had so much going for it. Tracks like the Foreigner-esque ‘Finished With Love’, the arena ready ‘Change Of Heart’ and the poptastic, JHJ like ‘Edge Of The Rain’ showcase a British rock band who delivered a big, polished, work hardened American AOR sound. A sound that resonates even now.

Time lends perspective of course, and being wise after the event is a favourite pastime for music writers. But you have to say that 30 years later it’s now clear that BTB were up there occupying the same rarified atmosphere as other Britbands like FM and Strangeways. They weren’t copies, they were the real thing, and in remastered form the music reaches out your speakers/headphones/earbuds and grabs you with both hands.

Displaying the same pop nous and skill at working a memorable melody as fellow Canadians Honeymoon Suite and Loverboy, Orphan emerged from the dark side of rock’n’roll in 1983, with their debut album, Lonely At Night.

Their avant garde sensibilities and Post Punk, New Wave musical lexicon didn’t immediately find favour. At times their music rang out with the tonality of a hundred bands in one, yet it all sounds coherent, cohesive and strangely original. The emotionally complex lyricism can be quite startling at times, ‘Lonely At Night’, the track, and ‘Hello’ explore subjects that rarely find a place in rock songs.

And musically, they are refreshingly innovative, creating a brooding depth to ‘What Kind of Love Is This’ by marrying the sonorous tones of a church organ to a menacing, metallised riff, like they’d been listening to The Doors and The Electric Prunes just before entering the studio.

Elsewhere, the influences are more contemporary, from the catchy, proto New Wave, Modern Lovers sound of ‘She Told Me’ to the smoky, sensual, Gothic pop masterpiece, ‘Anytime At All’.

The Rock Candy Remastering Techs have again come through on both these albums. Especially with Lonely At Night – bringing a light, sympathetic touch to bear on an album that could easily have slipped into the darkness. But both albums bring meaning to the cliche, “undiscovered gems”. 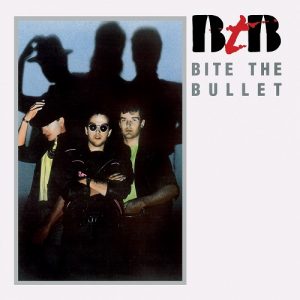 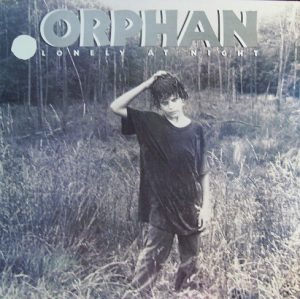