Reviewed by Brian McGowan and both released by Cherry Red Records, October 2017

For many, Billy (Yes/World Trade/Asia/Circa) Sherwood represents the acceptable face of Progrock, in that his often complex musical constructions have a beginning, a middle and an end, and are not normally inclined to lose themselves in a downward spiral of jarring time changes and minor chord hell, or worse, disappear up their own arse.

Cherry Red Records have rightly seen fit to give two of his most recent albums – released in 2011 and 2012 – another, remastered outing.

Sherwood’s only real problem is the lack of a distinctive singing voice, though his precise diction, focus on rhythmic textures and lyrical maturity sometimes get him mistaken for Peter Gabriel. Otherwise he’s something of a well hidden, progrock secret.

Highlights on What Was The Question? include ‘Living In The Now’, one of those strange prog beasts in that while it doesn’t exactly disregard convention, it is sprightly, catchy and musically accessible. And despite the contemporary relevance of ‘Counting The Cables’ – an oblique attack on government surveillance – the music (as on much of this album) stays firmly rooted in the eighties, bringing together the electronic and the organic in a controlled swirl of keyboards and stinging axework. ‘Free World On Fire’ also has something relevant to say about life, living and death, though the fact that Sherwood dresses his pointed lyrics in the finery of prog and symphonic rock sometimes undermines the message.

A year later, Art Of Survival further examined Sherwood’s distinct unease over invasive government technology and the huge expansion in the ‘Military Industrial Complex’ under US presidents, Obama and Trump. ‘Drone Deciphers’ too has a similar target, but the arrangement’s phasing and textural drift gives it a dreamlike quality, suggesting we’re sleepwalking into this world of remote controlled killing.

Musically though, he’s moved on. This album is much more of an orchestral piece with delicate keyboard washes, understated guitar work and warm, lush harmonies underpinning memorably melodic material such as the anthemic standouts, ‘Faith That We Belong’ and ‘Humanity’. Both steer us back into the progrock mainstream – a move emphasised by the track, ‘Delta Sierra Juliet’, where the late John Wetton’s cameo vocal widens the album’s appeal.

As with the label’s Glenn Hughes and Uriah Heep remasters, these two sound fuller, richer and indeed, louder. The volume has been raised, but not at the cost of compression. Good job. 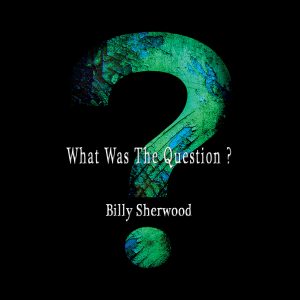 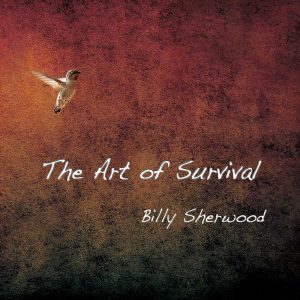 The Art Of Survival :