When you’ve got a back catalogue spanning multiple decades do your fans really want to hear versions that simply aren’t as good?

While this was released on the 28 September 2018, Allan’s been struggling to decide what to write about it

This is such an odd, strange concept. It wouldn’t be so difficult to understand if it were a simple remix album – after all, many artists have had the dance remix album over the years, and while they’ve been a mixed bag there’s usually one or two tracks on there that breathe new life into a much-loved track to make it a worthwhile endeavour. In fact, blending dance electronica with hard rock has often improved the original effort immensely, or become an iconic version in its own right.

But this album is actually a reworking of an existing remix album from 1985. At the time, Vital Idol was the first remix album by a rock superstar, went platinum, and had a pretty kick-ass version of ‘Mony Mony’ on there to boot. It seems a little odd to me, then, to basically do the same thing again, but it’s being touted as a ‘modern day upgrade’ to the original so someone thought it was a good idea. This version includes a raft of notable artists including Paul Oakenfold, Moby, The Crystal Method, Shiba San, and CRAY to give a mix between the lesser known recent newcomers and the household names. Still, at least the new album’s added some new songs even if it’s only dropped ‘Love Calling’ from the original line-up (although you’ll have to grab the digital version for ‘Mony Mony’).

So it’s strange to me, then, that the best way I can describe this is ‘light touch’. The bulk of the song has been left intact, and if anything Idol’s vocals are brought to the front a little more. Obviously, that’s a good thing – the guy has a powerful, distinctive voice whether live or recorded, and bringing that to the forefront is a good idea. However, the point with dance remixes (to me, at least) is to pump the listener up. For the most part, the songs end up either pretty light and slightly dull versions of the original, or they end up sounding like the original with some electronic twiddles on top, or a minor revoicing of an instrument somewhere in the track.

When it works, though, it works well. The CRAY version of White Wedding is a lot of fun, and while the Crystal Method’s version of Rebel Yell isn’t hugely different, the overall effect works for me. The highlight, as with the previous version, is still ‘Mony Mony’ – the Idol/Stevens team rework just keeps enough of the original’s fun vibe, and sticks a bit of dirt and grit (and some swearing) in there just to muck about and have some fun. In general, the old guard do a better job of making something danceable out of Idol’s rock stylings, but as anyone who’s been to a wedding reception will tell you most people are already plenty happy to bop around to Billy’s tunes without the added spangles.

For me, though, very few of the tracks have the fun vibe the originals brought to the table, and therein lies the rub – when you’ve got a back catalogue spanning multiple decades do your fans really want to hear versions that simply aren’t as good? 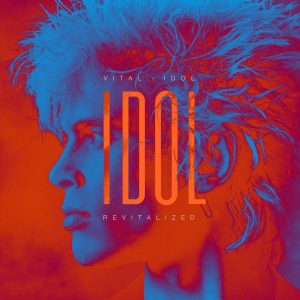