Tailor-made for montages and action movies…

Allan knows nothing about cryptozoology, but on 13 October 2017 he’s going hunting for Bigfoot!

Hailing from sunny Wigan, I was rather surprised to come across them at the Rockmantic festival in Carlisle earlier this year. Definitely one of the highlights of the weekend for me, Bigfoot’s brand of stompy hard rock went down an absolute treat at their headline slot on the opening night, and left me wanting to hear more.  I’ve had to wait until now to hear the album, and while streaming isn’t the best or the easiest way to review something for me I basically had to see whether they were as good as I remembered.

Turns out that yes, they are.  They’ve got a tight, crunchy, big arena rock sound going for them that worked perfectly at the The Brickyard and has been transferred to the digital bits and bytes every bit as well.  The twin-guitar attack and harmonised vocals seem designed to put a smile of your face, and the groove from the tight rhythm section really propels each song along with verve and bounce. This is modern classic rock done with style, grit, and a huge sense of fun.

While the band themselves cite the likes of Pantera and The Eagles as influences, you’d be easily forgiven for thinking that’s not immediately apparent – you’d have to listen very closely to pull the DNA of those artists out of the songs. Personally, I’d say it sounds a bit more like Meatloaf singing with Whitesnake or Deep Purple with occasional nods to Extreme, Thin Lizzy, and Def Leppard along the way: a solid early eighties rock soundtrack that seems tailor-made for montages and action movies.  The songs themselves cover a lot of ground, ranging from the balladic ‘Forever Alone’ to the balls-out rockers like ‘Karma’, ‘Tell Me A Lie’ and ‘Freak Show’, but there’s plenty of variation of offer that it never gets dull. Closer ‘Yours’ is over eight minutes of sprawling, louche rock that builds from a quiet start into something quite impressive, and ‘I Dare You’ even drags in a bit of reggae funk into the mix.

Based on this album, these guys are going to be one to watch, and I for one can’t wait to see them live again. This album’s reminded me of just how much fun I had up in Carlisle watching them, and has captured their spirit and talent perfectly. Do yourselves a favour and check out both the album and the band themselves as soon as you can. 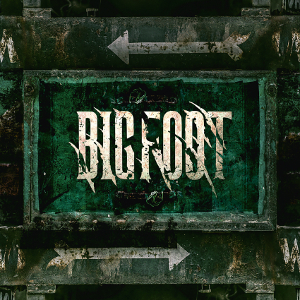