Last in Birmingham in April (review here), it would be an understatement to say we were more than pleased to see that Big Business had decided to come back. And so here we are, packed in downstairs at the soon-to-be-gone Flapper for another phenomenal show. Opening proceedings are Coventry-based Oily Toys (Bandcamp), whose Matt Pike-worshipping doom goes down well and sets the noise level for the evening. Next up is LongFallBoots (Bandcamp) whose remarkable four-way vocal work brings a beautiful dynamic to their gargantuan gripping grooves. And then comes the dense, intense and unhinged Stinky Wizzleteat (Bandcamp) with their massive mind-bending-and-breaking riffs, slamming drums and a floor-scrubbing, frog-jumping, throat-shredding vocalist out front. With such great bands to get the night underway, who else but Big Business (Bandcamp) could follow them?

Once more, one has to remind oneself that there are just two people on stage. Yes, two! Been a fan for long time, and still every time their albums get a spin, the noise they make sounds like that of a full-blown band, not a duo. And live, they not only fill the room but threaten to bring it down. What never fails to impress is how Willis and Warren make their instruments do so very much more than what they should do. Stick a drummer behind a kit and he’ll bash out a beat and decorate it with a bunch of fills and flourishes. Stick Cody Willis behind a kit and it changes shape altogether. The beats, fills and flourishes are there, but somehow they occupy space differently, working as textures as much as grooves. And in the hands of Jarred Warren, that four-string thing sings. Riffs and grooves are laid out and melodies and harmonies emerge and evaporate as the low end is invaded and moulded in and out of shape after shape. And of course when adorned with their idiosyncratic and atypical vocal lines, to bear witness to two people hammering out this monolithic mass is an incredible experience.

Like the gig in April, this was good. Very good. 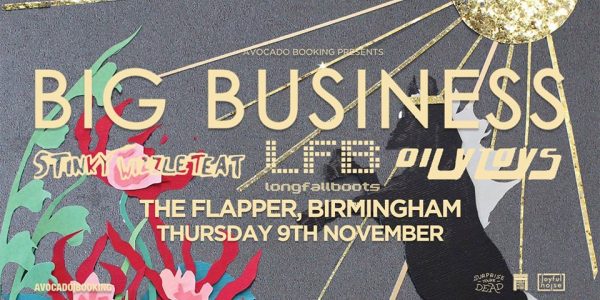