So, what are we to expect from album number two from the fabulously named Big Boy Bloater & The LiMiTS? Having sunk into a depression after coming off the road in support of their debut album, Bloater staged a fight back and here we are, two years later. Older, yes. Wiser, who knows? Will it be a more sensible, mature, somewhat humbled and tentative Bloater?

Well to begin with, the sound is leaner, more focussed, stripped back to a three-piece. Lead song ‘Pills’ (see above) has a jaunty, bluesy vibe. Definitely RnB, but old school RnB – Dr.Feelgood, NOT Beyoncé! It choogles along brightly while its dark underbelly warns of the dangers of over medication. Self reflection will certainly play a part in the proceedings, tempered though with an ever present knowing smile.

We then barrel into an early highlight, the semi-autobiographical ‘Friday Night’s Alright For Drinking’ – full of dirty bass and low down, spit ‘n sawdust slide guitar, its soulful gospel backing vocals kick it up a funky gear or two. It then segues seamlessly into the first of the albums character studies – ‘The Saturday Night Desperation Shuffle’, a boogie with a deft lightness of touch, a tale of a weekend lothario “putting on his pulling pants”.

The blueprint is set – diary entries from Bloaters previous two years intermingle with carefully crafted fictional vignettes. His love of B-Movie horror rears its ugly head in ‘Unnaturally Charming’, a glorious penny dreadful yarn about “such a quiet boy”…that is, until the bodies begin to appear. This ode to a latter day Norman Bates shudders along gleefully before dying in a shriek of slide guitar.

The quirky ‘Mouse Organ’ goes full-on Tom Waits while elsewhere we have sedate rock ‘n roll, shedloads more Stones grooves and seriously gritty, swampy Creedence romps – these hound dawgs can bite. Bloater is also no fan of Silicon Valley, as he informs us in no uncertain terms in ‘The Digital Number Of The Beast’ – but don’t be expectin’ no Maiden covers around here daddio, this is brown sugar coated soul with a streak of James Brown grit and gristle.

And, variety being the spice of life, we end with a strummed ukulele and the continuing story of the swamp monster from the debut album. It’s ok, he’s fine – settled down, had kids, bought a place. But hey, this is Bloater…will there be a happy ending?

There is an ever present glint of cynicism beneath the charming jive of this album. Never dangerous musically, it’s down to Bloaters lyrics and Howlin’ Wolf growl to bring an edge, and that they do. He’s an actor, a writer, a storyteller and he frames his tales beautifully. 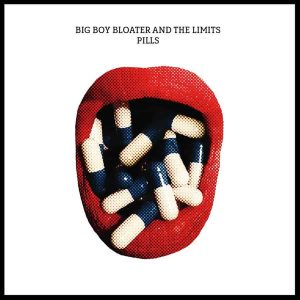